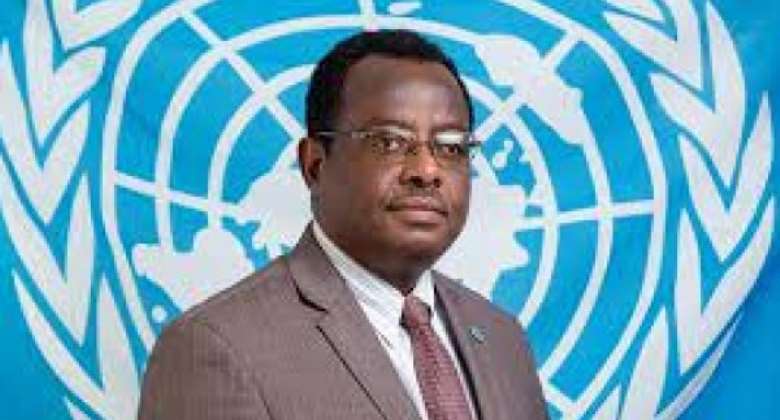 Mr Abebe Haile-Gabriel, Food and Agriculture Organisation's (FAO) Regional Representative for Africa, has disclosed that Africa is not on track to achieve zero hunger by 2030.

He said this in a meeting reviewing progress made by the continent towards attaining that goal so far.

Co-organised by the Economic Commission for Africa (ECA) and the World Food Programme (WFP), in collaboration with the Government of the Republic of Congo, the meeting is part of the Seventh Session of the Africa Regional Forum on Sustainable Development (ARFSD) that is underway in Brazzaville and virtually monitored by the Ghana News Agency.

“The results remain unsatisfactory and there are many challenges due to climate change, the poor economic situation and the negative impacts of COVID 19, as well as the lack of public investment,” said Mr. Haile-Gabriel.

He, however, said the African Continental Free Trade Area (AfCFTA) was a unique opportunity for the transformation of the continent's food system.

To address the issue of hunger in Africa, Mr. Haile-Gabriel said political will and commitment at the highest level was key, adding national and local level actions and investments were also critical.

He said there was an urgent need for the continent to build and move forward better after the COVID-19 pandemic, with governments being called on to invest in social protection measures to save the most vulnerable in society.

The transformation of the African food system was crucial to help end hunger, he said, adding that the adoption of holistic multi sectoral approaches was needed.

This, he said, will not only help to sustain ongoing progress, but also assist in the continent's quest to achieve zero hunger as espoused in the SDGs and Africa's 2025 commitment to end hunger and Agenda 2063 aspirations.

Mr. Mukena Bantu, a Congolese government official, an adviser in charge of cooperation and projects, speaking on behalf of Agriculture Minister, Mr. Joseph-Antoine Kasongo, said the new administration was determined to accelerate the development of agriculture to end hunger.

“We have declared that the soil must take over the subsoil,” he said, adding, “There is political will to carry out all the actions necessary to achieve food security”.

The side event provided a platform for member States to reflect and share on transformative actions and investments that will facilitate the building of Africa's food systems better towards meeting the aspirations and goals of the 2030 Agenda and the African Union's Agenda 2063.