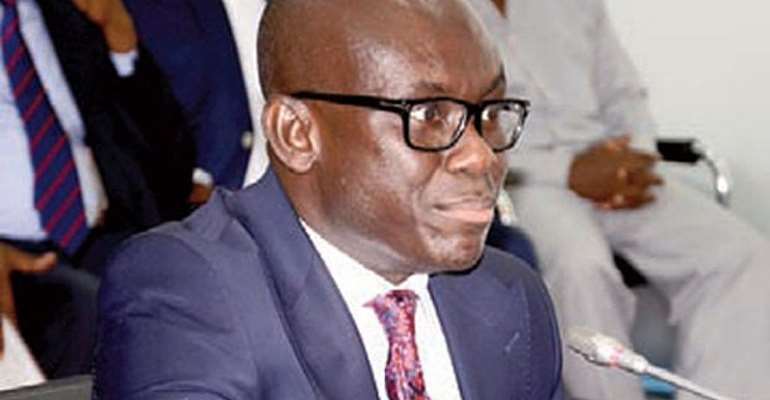 The family of Gregory Afoko, one of the men alleged to have conspired to kill the Upper East Regional Chairman of the New Patriotic Party (NPP), Alhaji Adams Mahama, in 2015, has accused the Attorney General and Minister of Justice-designate, Godfred Yeboah Dame of lying to the Appointments Committee of Parliament under oath.

The family stated that Mr Dame lied before the Appointments Committee when he said that “Gregory could not meet the bail conditions imposed”.

The Ayieta family of Sandema to which Mr Afoko belongs has, therefore, petitioned the Speaker of Parliament, Alban Bagbin over the alleged lie by Mr Dame.

The petition signed by the family's spokesperson, Asekabta Atong noted: “Our pliant is that on 14th March 20219, the High Court, Accra, presided over by His Lordship George Buadi granted bail to our son and brother, Gregory Afoko and imposed some bail conditions.

“Gregory met all the bail conditions by the police in flagrant disregard of the orders of the Court refused to produce him at the registry of the Court for the bail bond to be executed”. 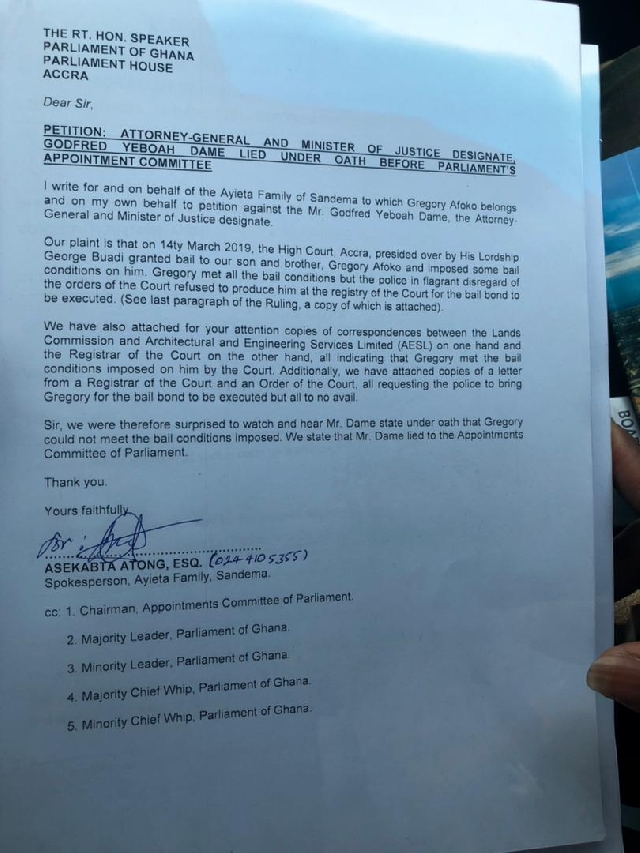