Ghanaian History: Remembering A Historical Atrocity By A Colonial Government And Quest For Justice 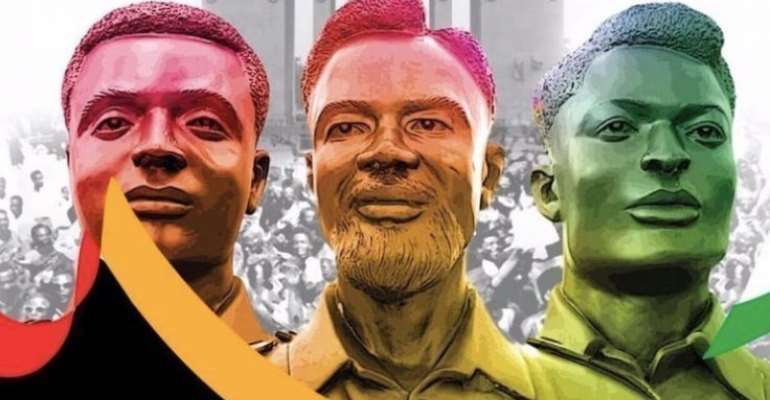 Whilst the Covid-19 pandemic has meant no major March 6 commemorations this year, there's no doubt that with or without any major commemorations, most Ghanaians recognise the significance of that date. It's the day in 1957 when Ghana gained “independence” from British colonial rule.

But how many recognise the significance of February 28 within the context of Ghanaian history? There is seldom any major commemoration on February 28 to mark the seminal moment in 1948, which one can argue invigorated the Gold Coast's decolonisation movement and hastened the realisation of Ghana's “independence”.

The narrative or commemoration of Ghana's independence on March 6 1957 is incomplete without making a link to what took place on February 28 1948. In fact, there are physical connections that implore us to better underscore the link - traditionally, the major “independence” day celebration has taken place at Black Star Square in Accra - the road that leads to the square is called 28th February Road, and opposite the square is Nationalism Park, which has the statues of ex-servicemen Sgt. Cornelius Nii Adjetey, Corporal Patrick Attipoe and Private Odartey Lamptey.

These three former members of the Gold Coast Regiment of the Royal West African Frontier Forces, shed their blood, as did countless other citizens, in the fight against colonial rule and exploitative practices by foreigners.

The February 28 1948 backstory is that of two separate activities that coalesced into the re-invigorated campaign for independence in 1948/49. It was the last day of a very successful nation-wide boycott of stores operated by foreign (especially Syrian, Lebanese, Indian and Greek) traders belonging to the Association of West African Merchants (AWAM). The boycott, instigated by the Ga chief Nii Kwabena Bonne III, was to force the traders to reduce the inflated prices of their mostly European imported goods.

This led to some riots in early February 1948. However, these riots were eclipsed in the aftermath of the unprovoked fatal shooting of the said three ex-servicemen who were part of a march by World War II veterans to the Osu (or Christianborg) Castle to submit a petition to Sir Gerald Creasy, the then Governor of the Gold Coast. The petition highlighted their long-overdue payments and other resettlement benefits, after having fought for the British in east Africa and Burma.

On approaching the Castle, the veterans were ordered to halt. When they refused, determined to deliver their petition to the Governor at the Castle, also known as Government House, Superintendent Colin Imray ordered the Colonial Police to fire at the unarmed ex-servicemen. When they refused to shoot, Superintendent Colin Imray personally fired at the veterans, resulting in the murder of Adjetey, Attipoe and Lamptey. Many ex-servicemen were also wounded.

This incident resulted in riots and looting across Accra and other towns, and the political leaders of the day - the Big Six leaders of the United Gold Coast Convention (UGCC), Kwame Nkrumah, Ebenezer Ako-Adjei, Edward Akufo-Addo, Joseph Boakye Danquah, William Ofori Atta and Emmanuel Obetsebi-Lamptey - were able to use the disturbances to force the hand of the British to confront the will of the indigenes for their independence.

Last May the world was aghast at seeing the glaring Afriphobic murder of George Floyd - nearly nine awful minutes captured on video led to worldwide condemnation and demonstrations. Ghanaians got involved in these remonstrations - the Economic Fighters League organised a Black Lives Matter/African Lives Matter vigil at Black Star Square.

The building blocks of the contempt for African life that led to the killing of George Floyd and countless others has its roots in the past - in the trafficking of Africans, enslavement and colonialism.

So what are Ghanaians doing about the unprovoked murder of Adjetey, Attipoe and Lamptey? Superintendent Imray, who died in 1998, was never brought to book for the murders. In fact, he was exonerated by the Watson Commission, which looked into the February 28 Christiansborg Crossroads Shooting. Meanwhile, the victims' families have never had any justice.

We are in the middle of the UN's International Decade for People of African Descent (IDPAD), and as part of the UK/Ghana pan-African group Africans For, we demand that urgent steps be taken to right this injustice by the British government. There must be an apology for this wrong and compensation for the families of the murdered veterans. When British Prime Minister Boris Johnson extols the virtues of Britain's empire and colonies, one hopes he doesn't defend wanton killings, such as the February 28 Christiansborg Crossroads Shooting.

After a long period of a quiet approach, Africans For has launched an online petition - www.bitly.com/FCOJusticeForGC3 to publicly call on the British government, through the Foreign & Commonwealth Office (FCO), for justice and compensation for the Adjetey, Attipoe and Lamptey families. Whilst the petition is supported by the victims' families, getting the Foreign Secretary to take responsibility will also depend on how well this petition is supported by the general public.

So if you think this historic atrocity deserves redress, we invite you to show your support for justice for the families of murdered veterans by signing the petition at: www.bitly.com/FCOJusticeForGC3.

Apart from photo opportunities with British royalty, one is not sure what some stakeholders, including the Veterans Association of Ghana, have done to press the British on the issue of justice for the fallen veterans. Hopefully, they will support this petition, as part of the process of bringing closure to this dark chapter in Ghanaian colonial history.

Interestingly, in a 1992 interview, Superintendent Imray said he came to the Gold Coast in May 1935 “from a professional peace force in Palestine”. Sadly, he didn't leave a peaceful legacy in the Gold Coast. He admits to grabbing a rifle from one of his subordinates, and directly killing two men. And even as the marchers had started retreating he fired four more shots!