'Sweating while working out is not fat-burning' — Health professionals 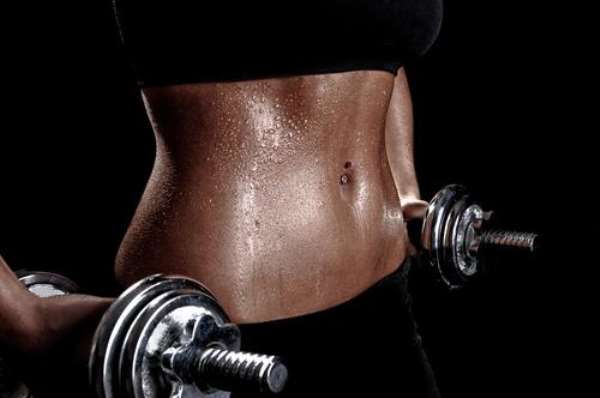 Health professionals have debunked the assertion that sweating while working out is fat-burning.

“Just like when you use a car for a while, the engine becomes hot, likewise when you are working out over time, the muscles become warm, they burn out energy and cause the body temperature to go up, so this produces water on the surface to try to maintain a constant temperature,” he said.

Dr Yalley said burning calories or losing weight had little to do with sweat, and swimming was an activity, which did not cause an individual to sweat but lost a lot of calories.

Dr Aba Folson, a Senior Physician Specialist, said fat in the body did not go out like seen of sweat, but got used up in the body.

“Sweating is not indicative of how much fat you are burning, because people sweat differently depending on the type of activity they engage in; other factors also affect how much you sweat,” she said.

Dr Folson outlined factors such as the intensity level of exercise, sex of the person as men sweat more than women, and weather conditions, among others, as determinants of how much one could sweat during work out.

In the 10th episode, the Healthline train moved to the capital of Shai Osudoku District – Dodowa, in the Greater Region, to rescue eight-year-old Nasira Lihadi, who fell into fire and transformed from being the once touted most beautiful girl to someone nobody wanted to get close to.

Nasira's mother narrated how she left home that fateful morning for school, but received a call after a few minutes that her daughter had fallen on top of a gas stove and injured herself.

“She was badly burnt and we took her to the Korle-Bu Teaching Hospital (KBTH) where the wounds were treated; but before the wounds were healed, the doctors informed us that her neck had developed a condition that required surgery to correct but the cost was beyond our capacity,” she said.

Nasira's mother said her daughter's speech had been impaired by the neck injury.

“We heard that Vodafone has a programme that can assist us and we called on them; and thankfully they responded and agreed to come to our aid. I am so grateful to Vodafone Healthline for rescuing Nasira and putting smiles back on her face,” she said.

Dr. Victoria May Adabayeri, Consultant Paediatric Nephrologist, KBTH, touching on allergies, said they could be carried on from childhood to adulthood, though could sometimes be cleared out of the body.

She said allergies largely remained, especially when the immune system was less resistant to them, and activated by the consumption of the allergic material or substance.

“Allergies are recurrent, they happen so frequently. Once a mother notices that anytime she does a particular thing the baby shows some signs, then it can be related to allergy.”

Dr Adabayeri said usually allergies did not appear early in babies until they were over a year old.