LGBTQI+++ have won their rights 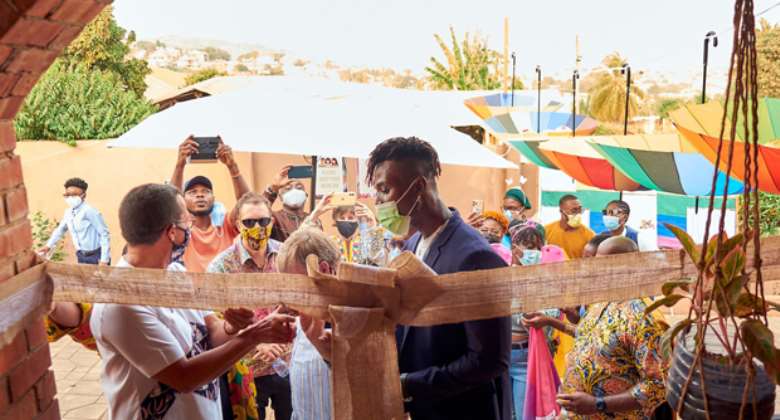 During his tenure of office, the British Prime Minister, Mr. David Cameron, emphatically stated that his country will reduce aid to African countries which suppress gay and lesbian rights. His statement generated a lot of furor in Ghana. But this article does not focus on the merits or otherwise of Mr. Cameron’s threats or similar threats to anti-gay countries. Rather, it examines the wisdom in the mass hatred for gays and juxtaposes this phenomenon with the evolving acceptance in civilized societies of gays and lesbians and bisexuals and transsexuals and queers and inter-sex and the whole lot of them.

Like many other hinterlands and primitive societies the world over, Sodomy laws existed in the State of Texas until the Supreme Court decision in Lawrence v. Texas, 539 U.S. 558, (2003). In this seminal case, the Houston police were dispatched to Lawrence’s apartment in response to a reported weapons disturbance. The officers found two males, Lawrence and Garner, engaged in a sexual act. Lawrence and Garner were charged and convicted under Texas law of “deviate sexual intercourse, namely anal sex, with a member of the same sex.” Lawrence and Garner challenged the statute as a violation of the Equal Protection Clause of the Fourteenth Amendment.

The Supreme Court, speaking through Justice Kennedy, stated that liberty protects the person from unwarranted government intrusions. Freedom extends beyond spatial bounds. Liberty presumes an autonomy of self that includes freedom of thought, belief, expression, and certain intimate conduct. The defendants were adults and their conduct was in private and consensual and therefore legitimate. Thus seventeen years after Bowers v. Hardwick, the Supreme Court of the United States directly overruled Bowers in Lawrence v. Texas and held that anti-sodomy laws are unconstitutional. In overruling Bowers, the Supreme Court stated that "Bowers was not correct when it was decided, and it is not correct today."

To deal with the gay/lesbian issue without the taint and paint of passion requires a quantum of literacy, discipline, self-control and wisdom, and the acceptance of the rights of the LGBTQI+++ people evidences the evolution of thinking and one’s endowment with deeper-level analyses and critical thinking of the highest order. For unless one has learned these great qualities that truly differentiate all animals from true human beings, one will never get it, no matter one’s status in life. It is not gifted unto ordinary mortals to grasp the inherent rights of these people; and in a country like Ghana where most citizens have no clue how to think, this matter is certainly more than meets the eye.

But it is not a question of whether somebody should grant those LGBTQI+++ people any right to do what they do. That right is inherent, sacrosanct and inviolable in the very fact that they are citizens of Ghana and the world….that they are human beings endowed with all the inseparable and unseparatable rights of all human beings. And this matter is not something decidable upon the choice of any other person. So to fight that right is again one of these Sisyphean tasks upon which foolish citizens futilely embark.

As I stated beforehand, hatred for the gay community is a testament of one’s crass ignorance and illiteracy, and their acceptance is a purely intellectual evolution and education, or even the biological transmogrification into humanhood. Those who don’t accept the rights of gays are stuck in the human metamorphosis and have failed to grow into the pantheon of true knowledge and wisdom.

I came to the USA at age thirty-nine, thinking that I had seen or read all that there was to see and read. I was determined to accept the gay concept in order to feel adequately enlightened, until a seventy-five old man directly hit on me. Then the import of the gay thing also hit me hard; so it actually meant having another person insert his phallus into your posterior region! The thought itself disgusted me so much that I was traumatized for days.

Beyond this shocking realization, I still grapple with the question of how necessary it is for anybody to identify themselves by how they have sex, let alone go to the extent of instituting a lifestyle and cultural movement based on sexual orientation. It sounds to me like the Liliputian and Blefuscudian argument about which side of an egg to crack in order to make an omelette! But again, who am I to tell others how to have sex or to determine the issues they consider visceral to their existence? The former question sounds to me like a voyeur’s indecent intrusion into another’s erotic experience. Why should I even want to peek into somebody’s window to find out with whom s/he chooses to have sex? It shouldn’t be my business at all, and it shouldn’t be that of any government or any institution or any agency; but I see that it is the fixation of others, maybe because they don’t have any important things to do with their lives.

Our religion has turned us into hypocrites because instead of making us loving, honest and generous individuals, it has turned us into crass puritans who daily measure the sins of others in order to feel righteous in spite of our own sins. It is an act of moral grand-standing to finger-point what one personally views as the sins of others to the occlusion of one’s own conduct; it surely leads to glossing over one's own sins in order for one to have a false sense of one's own righteousness. That is what Pharisees do best. The truly good individual is the one who constantly searches himself or herself for traces of flaws, not the one pointing fingers at others for excuses to hate.

We forget all about our lives as pedophiles, rapists, sadists, adulterers, misogynists and fornicators in order to focus on the innocuous conduct of two consenting adults having a prurient ecstasy in the privacy of their rooms! We forget about our lives as religious charlatans, bribe-takers, mountebanks, hypocrites and arrant crooks, thieves, cheats, confidence tricksters and corrupt politicians, and rather hate those whose acts do no harm to us, and about whom we know nothing. We bunch together to audit the lifestyles of people of different sexual orientations who we have never met, to demonize them, to ostracize them, to persecute them and to get ready to lynch or hang them. After all that, we sanctimoniously approach the altar of God like the Pharisees and cry out in holy laudation: Thank God we are not like these sinners, for we go to church, pay our tithes and pray every day.” But our mode of worship and most intelligent brainwave are stuck in medieval darkness, defying the current gravity towards modern and progressive thinking. We are indeed lost!

All over the world, gay and lesbian rights are being recognized by those who started off several decades ago with the kind of prejudice we are purveying now. But as always, we are several decades behind the light of civilization. There is now a paradigm shift away from anti-sodomy laws as encapsulated in Bowers v. Hardwick towards the better reasoning articulated in Lawrence v. Texas. Liberty protects the person from unwarranted government intrusions. Freedom extends beyond spatial bounds. Liberty presumes an autonomy of self that includes freedom of thought, belief, expression, and certain intimate conduct. The laws on the books in Ghana are therefore archaic and must be immediately repealed or newly construed to give full meaning to the privacy laws as enshrined in Lawrence v. Texas.

Furthermore, as somebody has noted elsewhere, there are purely pragmatic reasons to support homosexual conduct: Firstly, with the growing world population likely to make us incapable to feed ourselves, the benefit of homosexual/lesbian relationship that produces no offspring but encourages adoption is worth considering. Secondly, with the number of eligible spinsters outnumbering the eligible bachelors leading to many women being out of viable relationships, what sort of union would our sanctimonious social moderators recommend for the desperate others besides same sex relationship? Thirdly, with many marriages ending in divorce, and polygamy eroding from both African and western societies, there are many bachelors and spinsters threatened by solitude. To these, same-sex relationship offers another window of opportunity. Finally, there are those secretly impotent men that must receive penis in their anus before enjoying the sexual experience; and many testosterone-laden women are biologically inclined to have sex as men do with their fellow women. The foregoing reasons need not be over-emphasized before anyone could see the benefits of same sex relationship as a pragmatic sexual solution by some people. But if a right is inherent, no one needs any reason to confer it on others. We are born with it!.

Finally, people should rather be bothered about what they can do right for the country; how honest they are at the workplace, how punctual to work, how friendly and hospitable they are to minorities, how they can eschew bribery and corruption, how truthful and honest they can be as citizens…… and not how others have sex in the privacy of their bedrooms. That, to me, has no relevance in Ghana's socioeconomic development. Know that hypocrisy disguised as patriotism is never a building block to human progress. Let us stop the hate and live!!!

Crowd jeers, boos Akufo-Addo on stage; chants 'away!' amidst...
13 minutes ago