Give us a break! Don’t think we’re not intelligent – LGBT promoters told 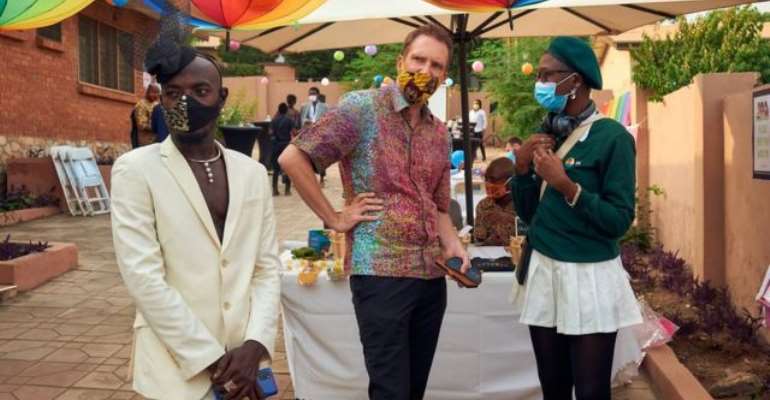 A member of the National Coalition for Proper Human Sexual Rights and Family Value, Reverend Dr Appiah Kubi, has cautioned advocates of lesbian and gay rights not to think they are more intelligent than any other person.

He said their agenda is as clear as daylight, admonishing Ghanaians, in particular to be wary of that agenda.

Rev Dr Appia Kubi was speaking on TV3/3FM’s weekend current affairs analysis programme The Key Points on Saturday, February 27 when he made this point.

“People must understand that unnatural carnal knowledge only criminalises an activity of the lesbian, gay, bisexual and, especially, to understand, if you look how the law is, it talks about unnatural carnal knowledge and when you explain it in furtherance of the law, it talks about the penetration of the sexual organ,” he had earlier said on the programme.

But Rev Dr Appiah Kubi insisted: “The LGBT has an agenda.”

He said they have a six-level agenda to penetrate the world and it is not about the lifestyle of any individuals or groups of persons.

“If we don’t take care, they will take us by surprise,” he said.

He was not happy some persons, in the name of law, think their position is the best and must be foisted on all others.

“Dont think you are more intelligent than some of us especially when we bring in the Bible,” he said, adding that the likes of Moses Foh-Amoaning, who is the Executive Director of his coalition, and the General Secretary of the Christina Council of Ghana, Rev Dr Cyril G.K Fayose, are learned persons who know what they are talking about in condemning the acts of LGBTQI persons.

Quoting a Jewish friend, Rev Dr Appiah Kubi said the best of LGBTQI should not be compared with someone’s worst, advising that that is not how society is nurtured.

For him, many have been lured into the practice and most of them have come out of it through counselling.