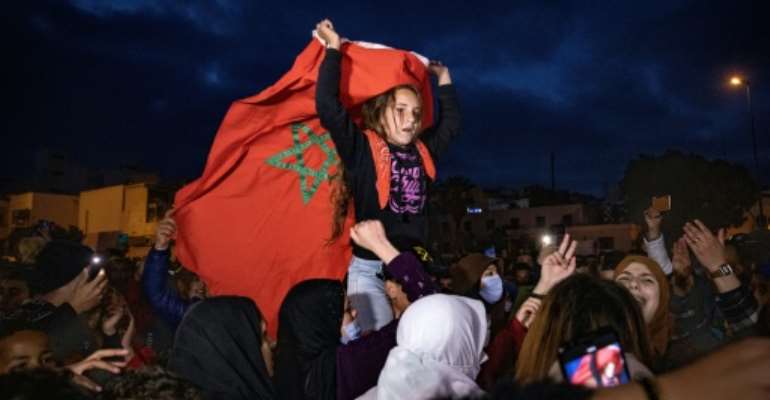 A girl waves the Moroccan flag during protests on February 19 against the closure of the border with the Spanish enclave of Ceuta. By FADEL SENNA (AFP)

Moroccans in a town bordering a Spanish enclave face a bleak future after a smuggling crackdown plus a border closure over coronavirus fears destroyed their livelihoods.

Street vendor Badr is one of thousands from the town of Fnideq who once profited from the trade in black-market clothes, food and cleaning products imported from the nearby Spanish territory of Ceuta.

"We're not asking for a resumption of contraband, but for alternatives," said the 32-year-old.

Badr now scrapes a living by hawking clothes and perfumes outside the deserted market in Fnideq.

"Sometimes I think about killing myself," he said. "Only my wife and children keep me going."

Like the rest of the town's residents interviewed by AFP, Badr preferred not to give his family name.

But he was one of hundreds protesting in a recent weekly Friday demonstration to demand the reopening of the frontier.

Thousands of traders used to cross the border every day and return with Spanish goods.

The trade was long tolerated, but the Moroccan authorities clamped down in October 2019, dealing a heavy blow to Fnideq. 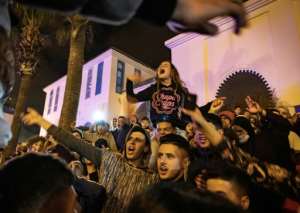 Moroccans who used to cross daily into Ceuta are angry at the border closures, now lasting almost a year. By FADEL SENNA (AFP)

Border closures due to the coronavirus pandemic have compounded the economic crunch, stripping thousands of workers of their livelihoods.

The town, whose residents do not require visas for Ceuta, now lies empty of customers, tourists and Spanish contraband.

Human rights groups had called for action to stop smuggling, after 11 people died in crushes at the border between 2017 and 2019, activist Mohamed Benaissa said.

But the government acted to plug what in 2018 amounted to a $560 million hole in tax revenues.

Now, with the Ceuta border closed for almost a year, many Fnideq residents are desperate.

"I have a diploma in hotel management, but I can't find work because of the pandemic," said 23-year-old Ikram. "All we're asking for is a decent life."

Morocco's young have been hit hardest by the economic effects of the pandemic, with unemployment for those aged 15-24 rising to 31 percent last year, according to official figures. 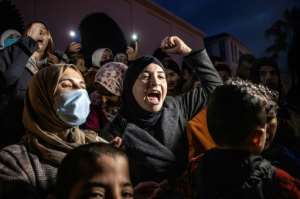 Morocco's young have been hit hardest by the economic effects of the pandemic. By FADEL SENNA (AFP)

Ikram's mother, who asked not to be named, has been unable to do her job as a cleaner in the Spanish enclave.

She is supported by friends and a modest government handout, but has had to dig deep into her savings and even sell some of her furniture to make ends meet.

The border to Ceuta is blocked by high barbed wire fences.

Another one of her sons, aged just 18, nearly drowned trying to swim from Fnideq to Ceuta, a risky trip of some seven kilometres (four miles), in search of work. 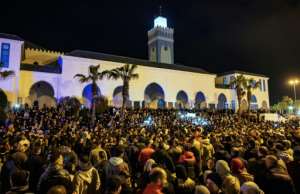 Moroccans have gathered at weekly demonstrations outside a mosque asking for support in the economic crisis. By FADEL SENNA (AFP)

There has been some good news for Fnideq, set to benefit from almost $45 million earmarked for a regional economic and social development programme, and the announcement of 700 factory jobs for women.

Work has also restarted on the Fnideq free zone, linked to the huge Tanger Med cargo port nearby, aiming to offer an alternative for black market traders.

But many in Fnideq see little hope, and some have risked their lives to cross the Mediterranean to Europe.

Spain this week said that nearly 42,000 migrants had illegally entered in 2020, up 29 percent from last year.

They included both Moroccans and citizens of other African nations, with more than half arriving at Spain's Canary Islands, off Morocco's Atlantic coast.

Ismail, 23, said he was thinking of try to swim to Ceuta.

"I worked with contraband goods for two and a half years. Now, I work in a perfume shop but I think it will close soon," he said.

"We haven't sold anything in two days."

A/R: Over 500 houses earmarked for demolition in Afigya Kwab...
19 minutes ago