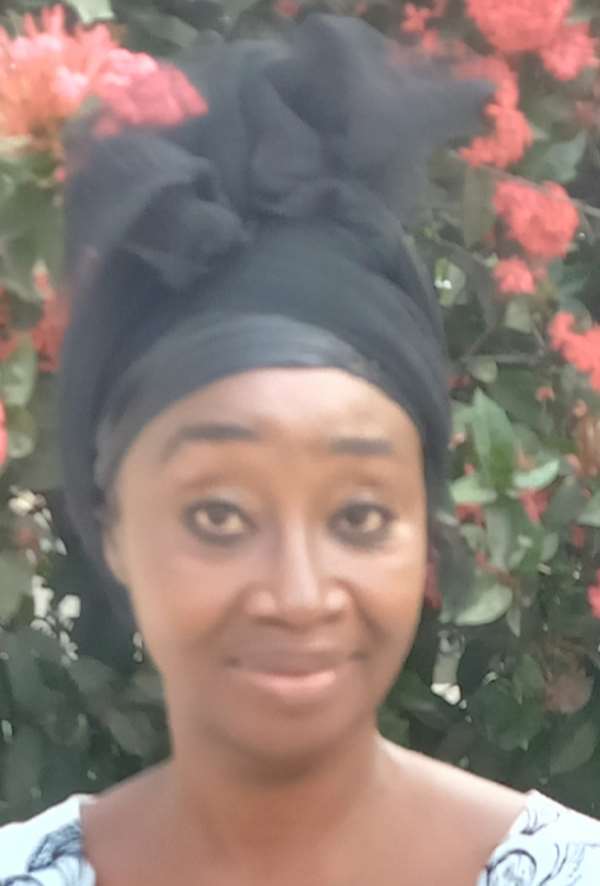 Agoo fiooo, Sebe ooTaflatse, without being Presumptive or Contemptuous, even if the Supreme court were to decide in favour of the embattled Petitioner without the EC's testimony, could it be said, that there has been manifest Justice? I should think not.

Will the Returning Officer of the Presidential election, Madam Jean Adukwei Mensa incriminate herself, if she were to testify? Is she an accused person on trial with "miranda rights" to remain silent or her testimony may be used against her?

What is the compelling reason to take the "5th amendment" so as NOT to speak ? Indeed If the testimony of the Returning officer 'WILL MAKE THE CASE' for the Petitioner, then is the Petitioner RIGHT, that the WRONG results have been declared?

Ghana MUST GO to that place of understanding, that: An election Petition is but a simple Plea or Prayer to be heard, with initial proof such as the admitted vote padding regardless of who it favours, which necessitates a REVIEW.

**Thus, where the AGENCY that is the subject of the PLEA in this case the EC, which is the only repository of the entire election knowledge-base in her secure official bossom, is not duty-bound or accountable, but folds her hands and stares in thin air, as a disinterested OBSERVER and does not care to PARTICIPATE in an essential FACT FINDING mission, a HEARING has effectively not OCCURED.

The Supreme Court to whom the Plea is addressed for Redress which plays the Role of Investigative Oversight and Impartial Arbiter of FACTS, thus, cannot be said to have played ANY effective role of ADJUDICATION.

Is It then not ARGUABLE that the process which is currently ongoing in our Supreme Court is a consequential NULLITY?.

"Asem kese beba a frankaa nsi so" ie red flags do not precede huge storms, but If Ghana's election petition laws are permissive of a "mute" EC, where the official record is the subject of inquiry, then her Recusal or Refusal when she has key exclusive evidence is a scandolous red flag and if legal albeit illicit cop out, which is not useful or helpful to the credibility and legitimacy of the declared Incumbent or the reputation of the EC.

"Kokooko", a vigorous tap on the Petitioner's door. Truth be told, there is a seeming vacuum squarely in the "novelty Petitioner's strategy". The achilles heel is that, having not adduced independent corroborative evidence of its CORE mission for a re-run, the EC is the default and only Material witness. In a better Ghana Agenda, the EC ought to be indeed the STAR STATE WITNESS, after all, the TRUTH lies in her sole secure bossom.

We cast our mind back to election petition 2012, with inundation of pink sheets, and we think surely, 2020 Petitioner did not go to the Supreme Court to raise suspicion and prove NDC malleable agents were tricked to go on a joyless ride while results were being announced. Where are the Pink sheets we so love, when you are under unyielding law and your tentacles are being clubbed with a heavy judicial constrictive gavel? Why insist on a singular cause of action?

Never Mind, we have a merry- go -round of a cat and mouse chase with the Petitioner's bullish hope to "CATCH " the EC in a "viral" inconsistency from the horses own mouth so to speak, which will contradict the declared results.

Is the Petioner's strategy off - course? Not necessarily? It Depends on your Perspective and Political Lens and whether the process rules are fair and suited to a unity of purposeful TRUTH QUEST, EXCEPT, we are not allowed to be inquisitive!

You see, Fellow Ghanaians, The Comprehensive Official election record is in the sole custody of the EC who compiled it. ***IF that record were so marred or tainted as to have errors on its face which amount to it fallen short of the established legal 50 %+1 or constitutional mandate, why should a Petitioner not adopt the official record which is the best evidence for purposes of adjudication? ***

The issue is whether the errors are outcome determinative Or in the alternative whether the cummulative errors so affect the credibility as to render the entire election tainted with invalidity. Should this not be the subject of interrogatories?

Now let me ask? Is it necessary for the Petitioner to adduce alternative evidence IF the official record is self - evident, ie, sufficiently defective on its face, which then means a reversible error has been made especially if unintentionally?

**Is the *IMPACT* of EC error not the matter before the Supreme Court? Does this not require the EC's testimony as a matter of course? Why do we need brain surgery to wrestle over a muscular Subpoena in an era of good Democratic and Judicious Governance? **

Consequently, is the question: where on God's good earth, is the Petitioner's compelling pink sheet summary and numerical "confrontation" to feret the EC out of a sleepy comfortable error- zone, to give us the cogent reasoning behind varied errors on the election results and explain to us the resolution that favours the incumbent in rebuttal, rendered redundant? PERHAPS!

*Certainly, it is permissible in adversarial litigation to exploit or capitalise on the weakness of the opponents case. Does this mean that the EC's testimony will singularly "make the case" for the Petitioner?

Indeed, the perspective that the EC cannot be expected to "make the case" for the Petitioner, is heavily pregnant with the innate suggestion that were the EC to testify, she would necesarily contradict her stated results to the benefit of the Petitioner! Oh Why?

*Can any cross examination, no matter how crafty or stringent, solely "MAKE THE CASE " for the Petitioner if indeed there is NO Case or a Non -suit?

But then it Gets Complicated and mind- boggling:

* One strains to see procedural due process of law which appears lost in a matter where *1. The Petitioner : is denied access to a copy of the comprehensive official election documents in the EC's custody specifically pursuant to the Petition which ought to be an entitlement in "discovery" notwithstanding that he is deemed to have copies. The preclusion is thus erroneous ;

2. * Is unable to propound interrogatories in "discovery " OR undertake essential cross - examination of the Returning Officer who is effectively the State's Material Witness and not a party with vested interest but a Neutral Referee of the election with admitted errors on the official record. *What then "koraa" is the essence of the Hearing?*

3. *This Petition is not a "lawsuit" against Madam Jean Mensa. How can our Returning officer enter an appearance in her official capacity with misleading sworn affidavits leading to her anticipated testimony and thereby denied interrogatories and then dilly -dally and change her mind as though in a child's play on a matter with national security ramification..Isnt that a credibility issue right there?

Why is the doctrine of estoppel with case precedent not even applicable?***

Why is the EC allowed to "have her cake and eat it too", by claiming debatable adversarial advantages so as not to testify, while denying the Petitioner reciprocal adversarial rights at law, through which its proof burden may be discharged and assertions firmly established or NOT as will be abundantly made clear in a fair uninhibited process

*Our Returning officer is a contradiction in her "safe turf", as fragile as an egg that will break upon a few "hot"

questions which surely can be handled by someone with her credentials and position, while looming Invincible in recalcitrance not to clarify any objections and issues, hiding behind military protection because she does not have to testify by operation of law and has opted not to?

Something is simply not right with this posture which is akin to dereliction of duty when a simple GOOD FAITH clarification of errors and corrected errors following the EC's own gazetted results should rather highlight if the Petitioner truly has NO CASE.

* A politically divided Ghana which is the silent and invisible but ultimate and significant interested third "persona" in any election petition has watched with bated breath as her Returning Officer, has chosen to have her hands voluntarily tied by unhelpfu law.

Is the Returning Officer not duty bound to testify, when she is neither a "party" in the traditional sense, Adversary nor Opponent of the Petitioner to be clothed in stringent dogmatic law?

Is it not irresponsible, even reckless to declare "valid results" and be unwilling to clarify "MATTERS ARISING" on your own volition?

**In all honesty which is losing its sweetness, how do we know that the final numbers the EC has settled on as basis of the Declaration, is also not in error?**

Why have we instituted an adversarial proceeding without adversaries ?

**One is unable to say AYEKOO to the Supreme Court. Why can the Apex court Lordships not exercise Public Policy discretion given the nature of the requested review and its ramifications and in the interest of the Public Good and National Developmental Security, in order to dispel any shadows of lingering doubt, on its own motion even if they cannot "COMPEL" testimony as opined, which is debatable regarding cited case law on estoppel, certainly not "PERSUADE " the EC to "Do The RIGHT THING" by testifying in the interest of Manifest Justice?

***As a matter of fact, without the EC's crucial testimony, it is actually the Petitioner who benefits by an appearance of impropriety of a shielded EC who is either seemingly afraid to be questioned or unable to justify Matters Arising out of the election results she has put forth as though she lacks Conviction?

*The controversial status of the EC as an "Ordinary party to a case", who has option not to testify makes the process look intended to endorse an untouchable status quo rather than an endeavour by the ultimate Trier-of-Fact to get to the genuine Truth.

Regardless of whatever decision the Supreme Court arrives at, at the end of this seemingly flawed process, for the sake of TRUTH which is not a ruse, a changed law and procedural rules are required to make it MANDATORY for the EC's Returning Officer to Testify in future proceedings on a Special Circumstance Exception for the sake of Ghana's Democratic stability.

How can we have RESPONDENTS whose RESPONSES ARE NOT IN EVIDENCE and A Petitioner without Comparative Figures with strategic reliance on an EC who he evidently does not Trust and whose Declaration has been put at issue but from whom Authentication is a draconian illusive effort in a "much to do about Frustration" Petition which is, or ought to be, Yes, an Impartial Review to elicit Truth.