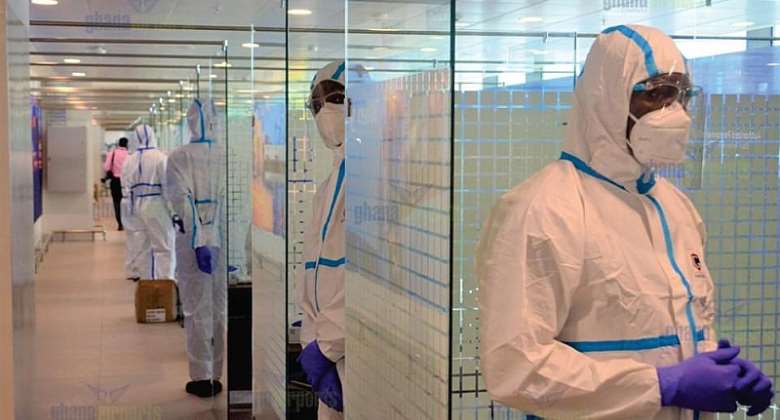 The Minority in Parliament is set to move a motion for a bipartisan parliamentary inquiry into the award of a contract to Frontiers Healthcare Solution Services Limited for COVID-19 testing at the Kotoka International Airport (KIA) by the government.

The move by the NDC MPs follows the failure of about four ministerial nominees who appeared before the Appointments Committee to speak to the details on the contract which costs passengers $150.

Addressing the press in Parliament, the Minority spokesperson on Foreign Affairs and North Tongu MP Samuel Okudzeto Ablakwa said the evasive answers from appointees who were directly related to the deal smacks of an attempt to cover up illegality.

The motion by the Minority is expected to be moved when the House resumes next month.

The North Tongu MP also accused the government of breaching section 41 of the PPA act, fees and charges act and section 11 of the Health Institutions and facilities act in the award of the contract to conduct testing at KIA.

Former Minister for procurement Sarah Adwoa Safo stated at her vetting that she was not involved in the process that led to the award of a government contract to Frontier Healthcare Services – the company conducting COVID-19 tests at the Kotoka International Airport.

The Dome-Kwabenya MP is the fourth key government official to deny knowledge of details of the contract.

NPP flagbearer race: Alan Kyerematen is coming, I'm not an e...
44 minutes ago

Agenda 111 delayed because of location disputes, but I will ...
52 minutes ago