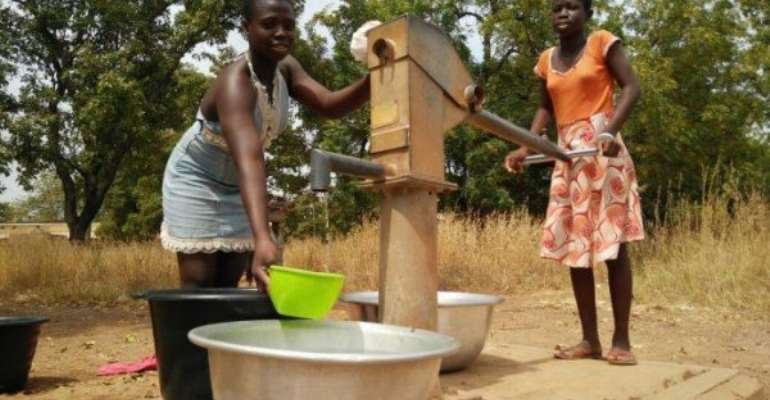 Residents of Oloteng in the Tanina Electoral Area in the Wa West District, have appealed to the District Assembly and benevolent individuals and organisations to support them with potable water.

They said the community had three boreholes, but that two of the boreholes had broken down compelling the entire community to depend on a single borehole for water.

“The water issue is affecting us here, you can see this afternoon the number of women at the borehole.

Sometimes they can queue till midnight before they could get water”, Mr Peter Bisaang, a resident of the community told the Ghana News Agency (GNA).

He said inadequate source of potable water at the community was adversely affecting their livelihood.

According to him, one of the broken-down boreholes was the old model and that getting its parts for maintenance was difficult.

Mr Bisaang, who is also the Unit Committee Chairman for the Tanina Electoral Area, noted that they had been “crying to the politicians for help but are not getting any help from them.

“Our two boreholes are spoiled leaving only one. We go and crowd there looking for the water to fetch.

We the old ladies are suffering because of the water”, Madam Rebecca Derguon noted.

According to the residents, they had been contributing to repair the borehole anytime it broke down and that they were unable to contribute to fix it due to the financial difficulties they faced.

Meanwhile, Mr Seidu Kassim, the Assembly Member for the area, told the GNA that access to potable water was a major challenge in some of the communities in his electoral area, including; the Oloteng community.

He said he was lobbying with the District Assembly and other organisations in that regard.