It’s usually about properties and inheritance 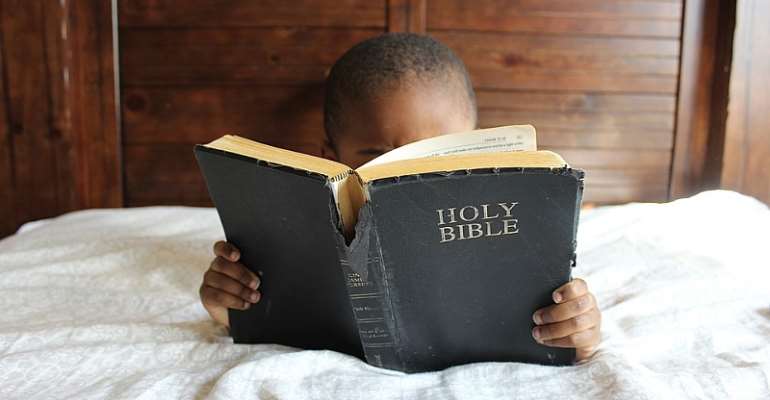 Since time immemorial, human beings have been concerned about properties and how to pass them on to the next generation through inheritance. King Solomon, for example, said that “a good man leaves an inheritance for his children’s children, but a sinner’s wealth is stored up for the righteous.” (Proverbs 13:22 NIV).

The concept of protecting the family’s properties by keeping them closely within the family goes way back. Even strong men and women of faith such as Abraham and Sarah were concerned that their properties may not wind up in the hands of their preferred people after their death. Abraham said to God: “You have given me no children; so a servant in my household will be my heir.” (Genesis 15:2 NIV). This was after God had called Abraham and promised him that he would be a father of many nations, but the promise was yet to be fulfilled.

Abraham and Sarah were so worried about not having any child that Sarah gave her Egyptian maidservant Hagar to Abraham as a wife so that they could have children through her. Through that arrangement, Abraham and Hagar gave birth to Ishmael when Abraham was 86 years old (Genesis 16:15-16). When Abraham was 100 years old, he and Sarah had their son Isaac, twenty-five years after God had called and promised him that he would be the father of nations (Genesis 12:1-4; 21:1-5). There is hope for all who put their faith and trust in God!

However, the arrangement and the birth of the two children brought some problems in the Abraham household prompting Sarah to say to Abraham: “Get rid of that slave woman and her son, for that slave woman’s son will never share in the inheritance with my son Isaac.” (Genesis 21:10 NIV). Consequently, Hagar and Ishmael left to live elsewhere, but it appears the father and son relationship between Abraham and Ishmael continued because when Abraham died, “his sons Isaac and Ishmael buried him.” (Genesis 25:9 NIV).

That attitude towards properties and inheritance has not changed much. Normally, families in Ghana are proud of how large they are in comparison to others. You may think that families would gladly welcome as their member a person who shows up with a credible evidence of family relationship. Of course, if the person is rich, the due diligence to be performed by the family to confirm his or her membership of the family would be very quick and easy. On the other hand, if he or she is poor, and claiming to be the child of a recently deceased prominent or wealthy member of the family, there may be little or no interest in starting or completing any due diligence to ascertain the truth. The person may face outright rejection or grudging acceptance by the family. It’s usually about properties and inheritance.

Compounding the problem is the fact that in Ghana many people do not make a Will during their lifetime because they are afraid that they would die early if they made one. The myth of people “going to their early graves” for making a Will is broken by evidence at the cemeteries. If you visit the cemeteries in Ghana, there are more people buried there who did not make a Will than those who did. This may be an opportunity to have a short discussion on properties and inheritance.

Let me say at the outset that if you die without making a Will, someone may impose his or her will on you. Briefly, a Will is not just a written document about distribution of properties, but may include declaration of intentions of other matters such as the appointment of an executor who would administer the estate or properties, appointment of guardians for infant children, and even directions regarding burial. A Will may be revoked entirely or changed at any time, or the properties listed therein may be used or disposed of by the maker, called the testator, during his or her lifetime.

Of more interest in this article is the person who dies without making a valid Will. He or she is said to have died intestate. Traditionally, people left matters in the hands of customary laws applicable to different parts of Ghana. That changed in 1985. The distribution of an estate or properties of a person who dies intestate throughout Ghana is now governed by the Intestate Succession Law, 1985, PNDCL 111. This law applies regardless of the intestate’s religious or cultural background, circumstances of marriage or birth of the children, or gender. Because the law does not make any distinction between children born during marriage and those born outside marriage, one can understand the apprehension when a previously unknown child appears after the death of a prominent or wealthy family member to claim recognition and equal legal rights.

For example, under section 3 of the law, the surviving spouse and children are entitled to all the intestate’s household chattels. “Household chattels” are personal effects or properties normally found in homes, such as clothes, furniture, electrical and electronic appliances, private cars etc. Under section 4(a), if the intestate owned only one house, the surviving spouse and children are entitled to the house as tenants-in-common. In other words, under sections 3 and 4(a), if a person who owns only one house dies without a Will, the house and everything in the house belong to the surviving spouse and children as tenants-in-common, meaning that each person owns the whole house or each person holds an undivided interest in the whole house.

Under section 4(b), if the intestate owned more than one house, the surviving spouse and children have the first right to choose the particular house they like. What is left of the estate or properties after the first house and household chattels are taken by the spouse and children, is called the residue. If the intestate was survived by spouse and children, the distribution of the residue under section 5 is as follows: (a) three-sixteenth to the spouse; (b) nine-sixteenth to the children; (c) one-eighth to the surviving parent; and (d) one-eighth in accordance with customary law. This article does not address the many different situations provided in the law, such as a surviving spouse, but no child; a child, but no surviving spouse; a parent, but no spouse or child; and no spouse, child or parent etc.

From the above, if the intestate owned only one, self-acquired house, the house and the household chattels belong exclusively to the surviving spouse and children; nothing goes to the extended family. Therefore, no woman should allow herself to be kicked out of her matrimonial home owned or self-acquired by her deceased husband. In fact, under section 17 of the law, it is unlawful for anyone to deprive the spouse, children or anyone entitled to the properties from using them. Extended family members who, in the name of custom and tradition, lock up the house or doors when someone dies, and thereby deprive the surviving spouse and children of access to or use of the properties, should take note.

Undoubtedly, accepting another person into the family who may eventually share in the estate or properties has challenges. It creates problems for the nuclear family. It reduces the portion of the estate or properties that each member would have received. If, for example, the surviving wife thought she was going to enjoy the one and only house quietly with her own children, now she has to share it with another, previously unknown child from a different mother and that creates its own problems because the inherited estate is held as tenants-in-common. The new child could decide to bring the biological mother to live in the same house and share his or her room with her.

However, no matter how challenging the situation, placing properties above human beings is not something our Lord Jesus Christ would do or approve. Children are a precious gift from God, and each human being was created in the image of God. Many people pray, fast, cry, consult, travel, and spend money for a long time in the hopes of giving birth to a child, but some do not succeed. Therefore, we need to think carefully before we reject someone who could be a genuine member of the family. After all, in the end, we will not take any property with us.

All of that could be avoided if people tell the truth about their children while they are still alive. Those who by the grace of God have children should acknowledge and love all of them. In addition, people should seek legal advice and consider making a Will that includes the things they did not wish to declare openly during their lifetime in order to bring proper closure to all stakeholders.

As Christians, we should also ensure that what we pass on to our children and the next generation as inheritance are not just physical properties, but also foundations and opportunities for spiritual inheritance in the kingdom of God. If we make it our goal to guide, teach, and point our children in the heavenly direction, with the same level of intensity as we use to acquire physical properties, all of them may become citizens of heaven and store up more valuable treasures there. For it is there, in heaven, that “no eye has seen, no ear has heard, no mind has conceived what God has prepared for those who love him” (1 Corinthians 2:9 NIV). Otherwise, if all we can leave behind for our children are physical properties, we may leave them poorer.