Jerry John Rawlings Pokuase Interchange is another commendable step to recognizing Rawlings as an astute statesman. 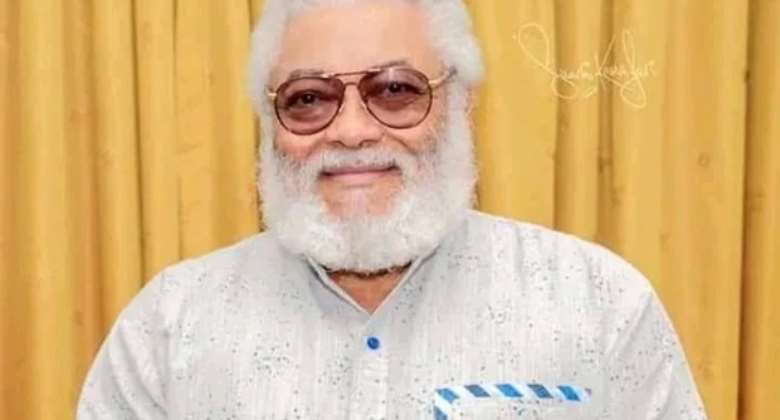 The means through which His Excellency Jerry John Rawlings came to power is captured copiously in our history books and need no further graphical orientations to publicize further. The respective 1979 and 1981 coups and the excesses thereof are not the subject Ghanaians have not learnt to live with and by extension, accepted to be an important part of our nation's political history.

The animosity and rancorous politicking of Rawlings between the year and 2008 especially between himself on the one hand and His Excellency Kuffour, the Former President and His Excellency Nana Akufo-Addo on the other hand, the President of our nation currently is also not an issue of public knowledge.

In fact, His Excellency Akufo-Addo admits and describes the nature of acrimony that existed between himself and the Former late president as a "tempestuous one". A description which is supported by numerosity of statements in the shape of extemporaneous description of Nana Akufo-Addo, the then-candidate as "the short man" and a host of others. On his part, Nana of the defunct Alliance For Change led numerous demonstrations including the famous 'ku me preko' which pressurized Rawlings' government to withdraw the VAT policy meant to earn additional revenue for the running of the state.

In the face of the above and several others, the president could not have been more honest as right than he did when he described the relationship between the two as a "tempestuous one"

Indeed, this goes to accentuate the fact that in politics, there is no permanent enemy or friend. There is no doubt that in the latter part of his days, the late former president had grown into a more humourous and conducted himself statesmanly which is not only worthy of recognition but of praise also.

I, therefore, commend Your Excellency Nana Addo Danquah Akufo-Addo for recognizing him as an instrumental figure whose contribution to the establishment of University for Development Studies saw the whole North of our nation benefiting from a university by naming the university after him.

In the light of the same spirit and also in the light of almost having the Pokuase Interchange at the point of completion at the time of his passing, I passionately appeal to Your Excellency Nana Addo Danquah Akufo-Addo to consider naming yet again, the Pokuase Interchange as Jerry John Rawlings Interchange to recognize him even further with such a magnificent state of the art edifice which befits the pedigree of the longest-serving leader of our homeland Ghana.

May he continue rest in peace.