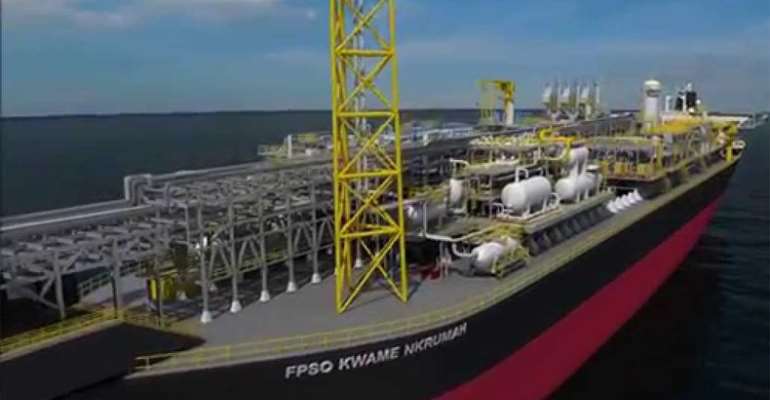 Ghana's revenue so far raked in from her commercial production of oil which started since April 2011 has reached $6.5 billion, a Petroleum Holding Fund and Ghana's Petroleum Accounts at the New York Federal Reserve has revealed.

The figure was arrived at from Ghana's earnings from her share of crude exports and taxes, rental charges and other payments made by the oil exploration firms which were operating in her oil fields.

The report showed that all the foreign oil firms, since April 2011, had paid about $1.2 billion to the state by way of taxes and rental charges. Two billion dollars have since been channeled to the Ghana National Petroleum Authority (GNPA) to finance its operations since April 2011.

Again $2.5 billion have been advanced to the government to finance some projects identified in the budgets over the years, under the Annual Budget Funding Amount.

Five hundred and eighty-two million dollars was put in the Ghana Heritage Fund (GHF) set aside for future generations, while the Ghana Stabilization Fund had $1.3 billion, totaling $1.9 billion.

However, owing to some deductions that were made, it was now left with a total amount of $844 million.

Withdrawals from the GSF in the amount of US$307.54 million in the first half caused the fall in the GPFs reserves and led to a fall in realised income for the year 2020.

The committee in their report noted that in the coming months, policymakers' main focus would continue to be on the evolution of the Covid-19 situation as it related to infections, fatalities and associated medical interventions.

Should the situation get worse, it might create a flight to quality, with safe haven bond yields falling and impacting positively on the marked-to-market valuations of the portfolios of the Ghana Petroleum Funds in the near term.