Greening agricultural produce for people and the planet: the story of a Social Entrepreneur in Ghana 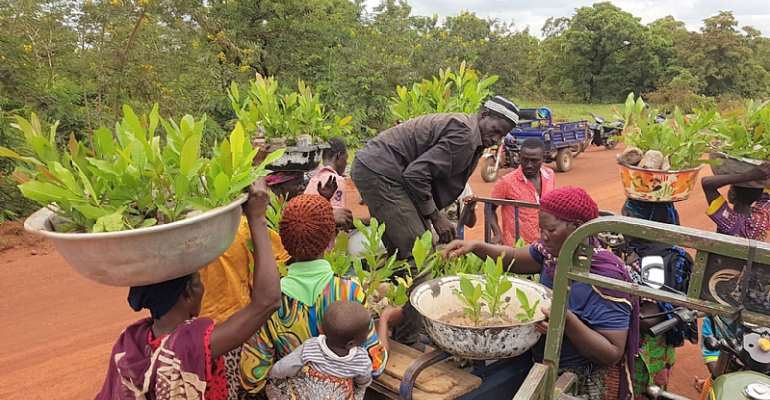 Meet Abdullah Hamza, the young social entrepreneur, doing amazing work in the Northern Region of Ghana. Hamza has a business model he calls ‘greening commodities’, which is contributing to the fight against climate change.

“Young people like me who read agriculture related courses in schools do not necessarily need to seek employment but only need the skills and a little capital to be self-sustained”, Abdullah Hamza stated.

With his greening commodities business model, Hamza and his team are nursing economic and indigenous tree seedlings such as cashew, shea and African locust bean, popularly known as “dawadawa” tree, which they supply free of charge to farmers to plant in their farms. Following a set of criteria, the selected farmers are trained and certified as green farmers. The team then provide support to these farmers on best agricultural practices, and purchase produce including maize, shea nut, groundnut, and soya beans from their farms at a premium price for onward supply to companies, businesses, processors, and industries that are keen on shifting from sourcing raw materials from deforested to sustainable areas.

“Last year, we nursed about 150,000 tree seedlings including shea, cashew and dawadawa in three locations in the Savelugu, Mion and Nanton Districts of the Northern Region. We have employed about 34 workers including 13 women, who are placed on wages for managing the nurseries. We also engage several casual workers on regular basis to support us with the weighing and re-bagging of the commodities for sale”, Hamza narrated.

Hamza and his team were motivated to start the greening commodities initiative to ensure the sustainability of a 2-year project that ended in 2018. The project, which was funded under the Global Environment Facility (GEF) Small Grant Programme of the United Nations Development Programme (UNDP), supported three communities in the Northern Region of Ghana, to promote innovative agroecology models and mechanisms for conservation of carbon stocks. Its activities encouraged climate-smart agriculture practices like planting of trees on farms and as farm boundaries, compost and organic pesticides preparation, as well as livelihood diversification initiatives such as beekeeping, poultry farming, small ruminant rearing, orchard cultivation (mango and pawpaw) and tree nursery enterprises for other streams of income.

“The UNDP GEF Small Grant Programme grant inspires our current social enterprise. After our NGO, Agrointroductions Ghana won the $25,000.00 grant award from the UNDP GEF small grant programme which ended in 2018, in a bid to continue the gains of the project, we developed a business model, piloted and tested its viability. The success of the pilot led to the incorporation of Greening Commodities Ltd in 2019 as a social enterprise to advance and sustain the objectives of our project under the UNDP GEF Small Grant Programme”, he said.

Hamza’s self-enterprising drive long began after he completed his bachelor’s degree in Natural Resources Management from the Kwame Nkrumah University of Science and Technology in 2013. After school, he had the opportunity to do his national service (a mandatory 1year national youth volunteering programme) at the Ministry of Lands and Natural Resources. Just before finishing his service in 2014, Hamza had a strong desire to work for himself, so he decided to form the NGO, Agrointroductions Ghana, with three of his course mates from the University.

“Two years after founding the NGO, we couldn’t get any funding for projects, but we didn’t give up. What we decided to do was to resort to self-learning online on proposal writing and fundraising. We also read a lot about development projects and tendered in proposals till the UNDP-GEF Small Grant Programme awarded us a grant in 2016. After the project in 2018, we agreed to turn the lessons learnt into a green business model to continue to contribute to the fight against climate change”, Hamza indicated.

So far, about 400 farmers are registered and certified under the greening commodities initiative. Within 1 year of operation, Hamza and his team have so far purchased nearly 2000 bags (100kg) commodities including maize, soyabeans and shea nuts from the certified farmers at a premium price of Ghc5 extra per each bag on the prevailing market price as an incentive.

“Since we got enrolled on the programme, we don’t have to worry about how to sell our produce. Last harvest season, Hamza and his team came to buy 85 bags of maize from our group. We received extra 5 cedis per bag just because we planted their trees and followed conservation rules”, said Zakaria Issah, a proud green farmer in Dipali in Savelugu District.

The model is not only guaranteeing access to market for farmers but also restoring lost vegetation through the promotion of regenerative agriculture (agroecology) and proceeds from the re-sale of the commodities, according to Hamza, is reinvested to sustain the cycle.

“Our only challenge is that, our current clients are finding it difficult to pay extra premium on the green values of our commodities. Only one company was willing to pay something small but we are breaking even and reinvesting in the model”, Hamza noted.

Hamza and his team also noted that they are ploughing back some of their profits, to promote other green initiatives like reforestation/afforestation, clean cook stoves, and elimination of wildfires to advance climate action.

Thanks to support from a climate change adaptation project, implemented by the Government of Ghana in partnership with UNDP, and funded by the Adaptation Fund, Hamza has also expanded his afforestation activities in the Savelugu-Naton District through a tree nursery and planting initiative.

Climate change remains the biggest global challenge today and it is evident that agriculture continues to be a major driver of deforestation and forest degradation. Investment in innovative solutions like the greening commodities model and many others can help more young people like Hamza, to contribute significantly to climate actions for the benefit of people and the planet. 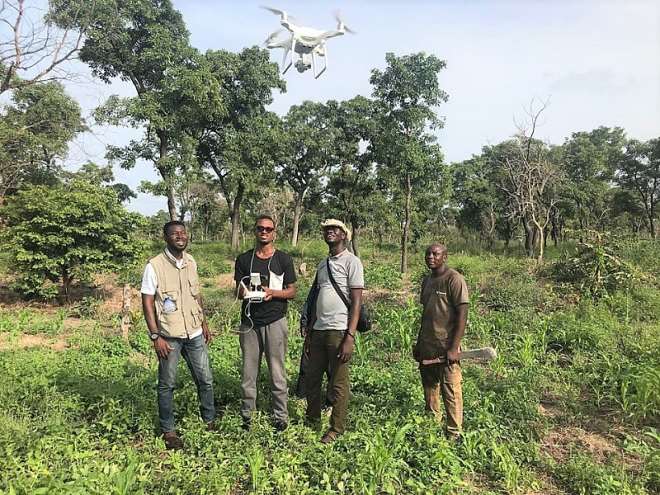 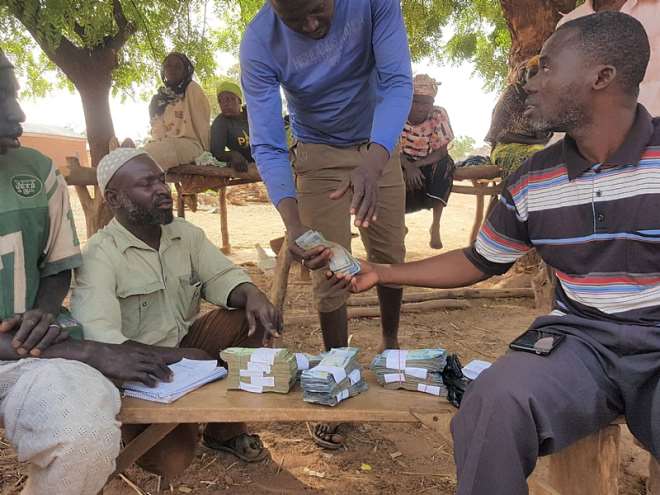 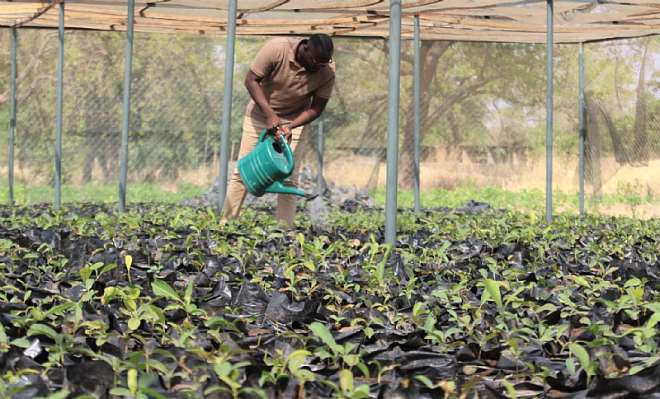 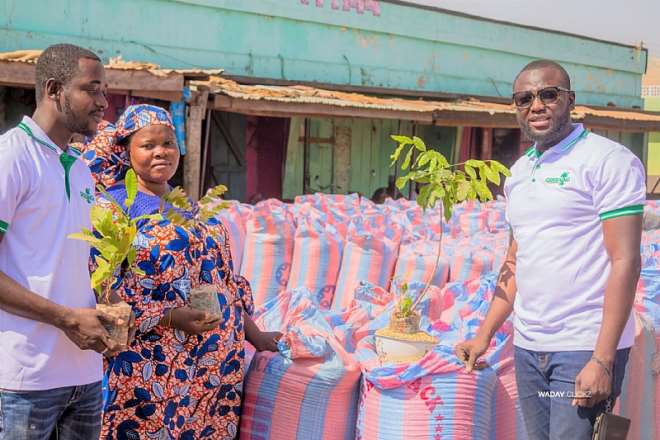