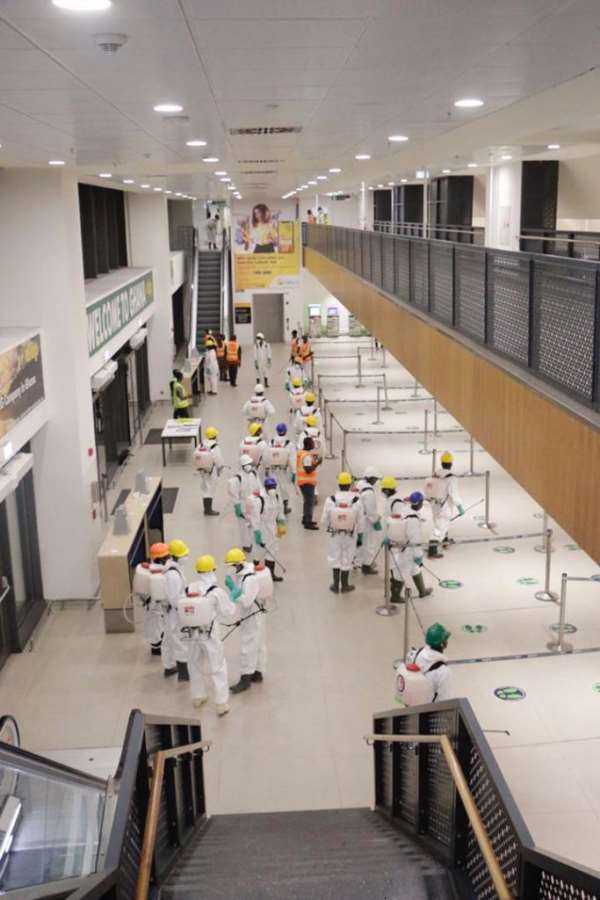 Update for this week’s edition of ‘Aviation This Week’ summaries topical industry news from January 25, 2021 to January 30, 2021.

Ho Airport to be Operationalized by April

The Ghana Airports Company Limited has given the indication that the Ho Airport will be operationalized by end of April this year.

Information available suggests that Africa World Airlines will be the first airline to begin twice a week flight to the airport at a starting price of GHC99.

The airport was completed in 2016 but has since lack commercial flight operations.

Emirates Gives more Flexibility to Passengers on its Loyalty Program

Emirates is offering all its customers on its loyalty program, Skywards an opportunity to extend their membership status due for renewal before December 31, 2021 an extension by 12 months. This forms part of the airline’s move to give its customers more flexibility and reassurance.

The airline in addition, is also allowing passengers to extend the validity of any Skyward Miles due to expire since April, 2020 an extension to end of June, 2021.

Qatar Airways has this week announced that it is extending the tier status of all passengers in the Gold, Silver and Platinum category of its loyalty program dubbed Privilege Club until December 2021.The airline is doing this particularly for its customers whose Privilege Club membership is due to expire this year, but do not have enough Qpoints (points earned when one flies with Qatar or its associated partner airlines) to redeem it.

In line with the Dutch Government’s measures to curb the spread of COVID-19 particularly its new variant, KLM has advised all its passengers boarding to the Netherlands to present a PCR test done no more than 72 hours in addition to a rapid test done 4 hours prior to departure. Failure to do both tests will leave the airline with no other choice than to deny a passenger from boarding to The Netherlands.

EgyptAir is offering up to a 35% discount for all tickets purchased from now till January 31, 2021 for travels to Saudi Arabia. Tickets sold under this discount program will be valid for travels until March 31, 2021.

Turkish Airlines has since January 26, 2021 suspended all flights to/from Israel. The airline says the temporary suspension will last till January 31, 2021.

In a separate development, the airline has also advised all its passengers with flight plans to Germany from February 1, 2021 to wear any of the following recommended mask as prescribed by the German authorities: FFP2, N95, KN95 or Surgical mask.

Delta Air Lines says it is waiving the rebooking cost for its passengers whose travel plans have been affected by the new negative COVID-19 test results requirement before entry into the United States which came into effect on January 26, 2021. This offer from Delta is only available for passengers whose ticket purchase was made on or before January 12, 2021 and was initially scheduled for travels through February 1, 2021.

Ethiopian Airlines under its ‘New Year Promo’ is offering passengers an opportunity to travel to 21 cities around the world at reduced prices. The promotion which will last from now till the end of March, 2021 will allow passengers to travel to destinations like London, Nairobi, New York, among others with fares starting as low as US$550.

Aviation Ghana has given the indication that its sources closer to British Airways have confirmed that the management of the airline is reconsidering its decision to switch its flight operations between Accra and London from Heathrow to the Gatwick Airport.

This follows an earlier letter by Ghana to British Airways to serve notice of using reciprocity should the airline not back down on its decision.