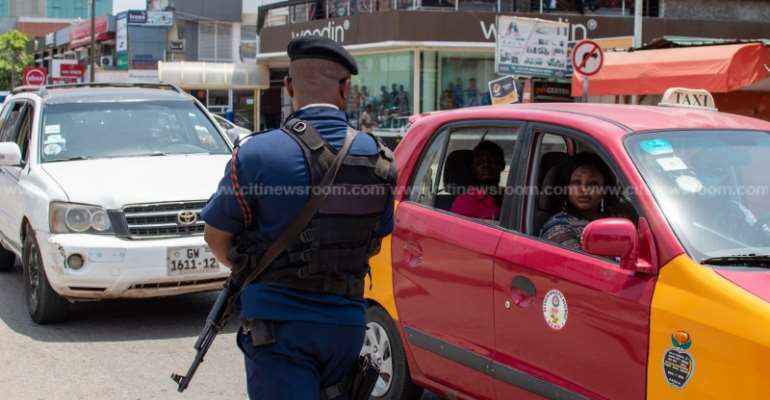 The Police will start random checks of vehicles with multiple persons to ensure compliance with laws on wearing face masks.

At a press briefing on Thursday, the Director of Public Affairs, Supt. Sheila Abayie-Buckman said this was the next stage of police enforcement of the coronavirus safety protocols.

“For as long as we see two or more people in the vehicles, any police officer in uniform can stop you, look at whether you are wearing your mask properly. If not, you will be brought down,” she stated.

The sanctions for not wearing face masks are contained in a new Executive Instrument (E.I. 164) .

Since the President reiterated the enforcement directives to the Inspector General of Police on January 17 police have had 961 cases of persons not wearing face masks with the Accra having the highest cases with 330.

So far police have stressed that arrests will be in “rare cases” as it favours sensitisation over prosecution.

But Supt. Buckman said the police are on the lookout for repeat offenders who will not be given a slap on the

“If we arrest you in this next step, and we realise you are a repeat offender, you leave us with no choice than to find the provision under the law to prosecute you.”

She further noted that police were exploring ways of tightening enforcement at the district level.

“We have started engaging to see how they can activate their by-laws to ensure enforcement of the wearing of masks as their by-laws permit specifically to the regions, and we hope to see results too.”

Before Between April 2020 and January 2021, the police recorded 222 cases of people not wearing face masks with 1,584 people arrested.

Of the arrested persons, 453 were arraigned, 237 of them were acquitted, 144 were granted bail by the courts and were 70 convicted.