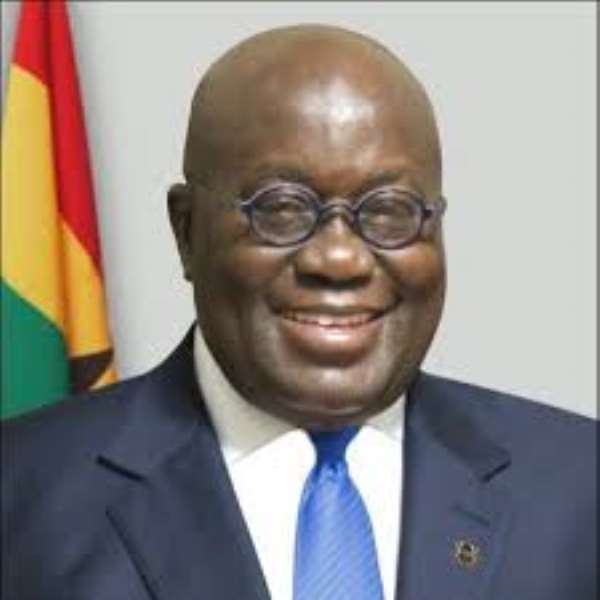 Local executives of the New Patriotic Party in the Binduri constituency of the Upper East Region are calling on President Akuffo Addo to consider elevating the incumbent district chief executive for Binduri in his current government. In a prevailing letter to the president, the executives equally asked the president for a favour relative to the only Member of Parliament of the region, Abdulai Abanga in his ongoing ministerial appointments.

The executives were full of praise to the president following the appointment of Stephen Yakubu, a former Member of Parliament for the area as the Upper East Regional Minister-designate.

Below is the letter:

APPRECIATION TO HIS EXCELLENCY THE PRESIDENT OF THE REPUBLIC OF GHANA, NANA ADDO DANKWA AKUFO ADDO

We the Binduri Constituency Executives and the entire NPP fraternity in Binduri want to register our enthusiasm and praise to His Excellency the President of the Republic of Ghana, Nana Addo Dankwa Akuffo Addo for nominating Honourable Stephen Yakubu, the hardworking immediate past ambassador to Morrocco and former MP for Binduri Constituency as the Upper East Regional Minister designate.

Certainly, we the executives are full of gratitude for the good gesture the President of the Republic has shown to the good people of Binduri and Upper East as a whole.

Like Oliver twist, we still ask that the President should consider adding Honourable Abanga Abdulai, MP and Honourable Ayinga Abagre Yakubu (DCE) to serve in your government. The allegiance and unity they accorded to the NPP in Binduri Constituency is nonpareil and we think they will offer unflinching support to your government both at the top level and at the grassroots.

As far as election 2020 is concerned, the two gentlemen in the Constituency have proven themselves worthy of being part of your government as they were working tirelessly with the grassroots to ensure that we in the NPP snatched the seat from the NDC party and they, Honourable Abanga Abdulai (MP) and Honourable Ayinga Abagre Yakubu, (DCE) were the brains behind this feat.

Mr. President we the NPP fraternity in Binduri Constituency wants to bring to your attention that the two gentlemen named above worked in unity with the rank and file of the party within the Constituency to enable us win the seat.

It will interest you to note, that when Honourable Abanga Abdulai was given the opportunity to serve as the MCE for Bawku Municipal for less than a year he worked hard to produced two MPs for the NPP in the 2008 elections (Late Honourable Adamu Dramani) for Bawku Central Constituency and (Honourable Stephen Yakubu) for Binduri Constituency.

What a remarkable achievement!!!

Then again, in your first term, Honourable Ayinga Abagre Yakubu was appointed the DCE for Binduri District and due to his support, unity and hard work, the seat was captured from the ravenous grips of the NDC.

The saying by Chenua Achebe in his book "Things Fall apart" that "when a child washes his hands well he will eat with Kings" comes into prominence.

Mr. President, with this trio serving in your government, we can assure you that come 2024, the NPP is going to win 60 percent of the seats in Upper East Region.

Once again, we will like to express our heartfelt gratitude and appreciation to you for nominating our brother Honourable Stephen Yakubu as the Upper East Regional Minister.

May Allah guide you in the rest of the appointments so that come 2025 the NPP will still be the victors?