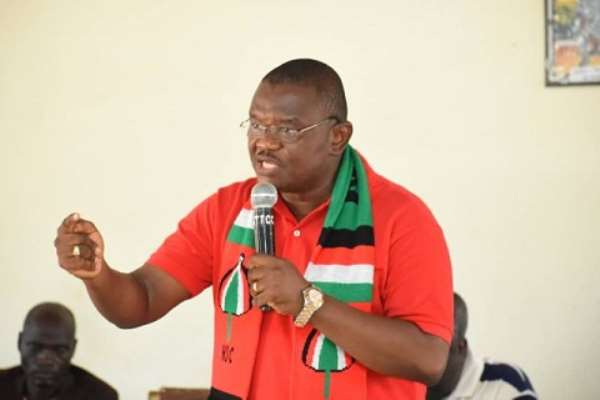 Former presidential aspirant and stalwart of the opposition National Democratic Congress (NDC), Sylvester Mensah has bemoaned the NPP government's sidelining of the NDC in the funeral planning and arrangement of their founder, Jerry John Rawlings.

Sylvester made this claim while speaking at a public lecture organized by the NDC to honor the memory of the late Former President Jerry John Rawlings, the party's founder who died in November last year after a short illness.

According to Mr. Mensah, the manner in which NDC was sidelined in the funeral planning and arrangement of Rawlings angered lot of stalwarts of the NDC.

This, according to him is the reason why leadership of the party decided to organize the memorial lecture which was held last night to calm nerves in the party.

"The NDC has been sidelined in the entire organization of this funeral and we have been compelled to undertake this exercise in order to calm the nerves of some of our members. We would want to plead with our members across the country to be calm and to take it easy," he said whiles moderating the event which was closely monitored by this portal.

Following the death of the former president and head of state, both NPP and NDC have been going back and forth with each other, fighting for exclusive rights to the planning and arrangement of the funeral of the late President.

The funeral activities have since begun two days ago with just another two days left for the ex-president to be buried with full military honors which include a 21-gun salute.