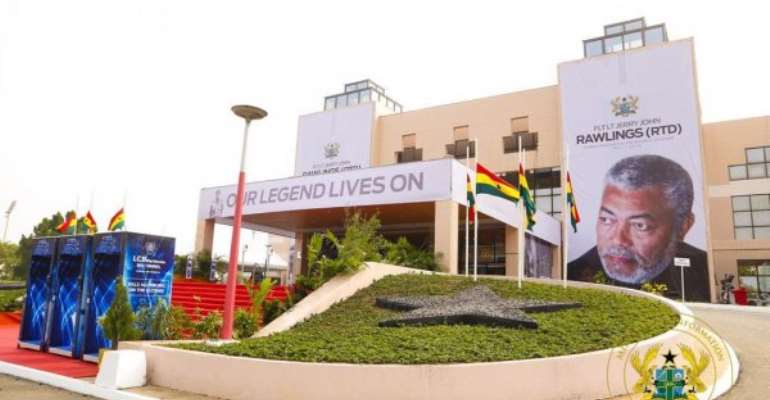 The Jerry John Rawlings Foundation, on behalf of the Rawlings' family on Monday announced that no media house or any recording or gadget would be allowed into the lobby of the Accra International Conference Centre (AICC), where the mortal remains of the late President Flt.

A statement issued through the Information Ministry in Accra on Monday, said the official Production Unit of the Jerry John Rawlings Foundation would provide live HDMI or SDI feed output for all proceedings.

It said media houses that wish to have access to the live feed or photographs are requested to pick their feed from the Media Village that had been set up at the AICC for that purpose.

The Foundation pleaded with the media to take note and comply with the directive.