We didn't pad votes in favour of Akufo-Addo – Jean Mensa 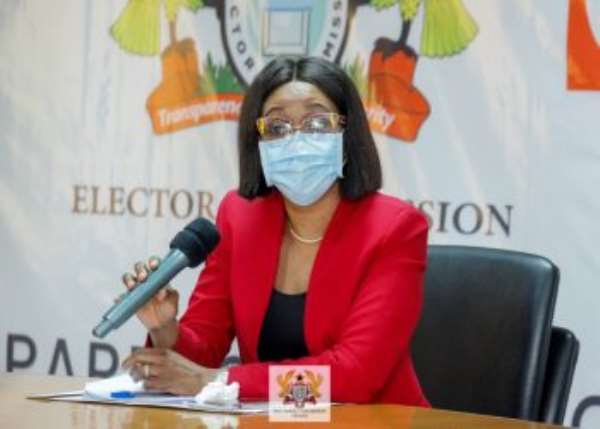 The Electoral Commission (EC) Chairperson, Jean Mensa, in her election petition witness statement, has maintained that President Akufo-Addo is the legitimate winner of the 2020 general elections.

She asserted that the commission did not pad President Akufo-Addo’s votes as alleged by the petitioner in the case, John Mahama.

Mr. Mahama's argument is that neither he nor President Akufo-Addo attained a clear majority during the 2020 polls because of the omission of the Techiman South constituency from the declaration.

He is asking the Supreme Court to order a re-run of the presidential election for him and the incumbent.

Mr. Mahama also argued that the results declared by the EC on December 9, 2020, would have been different if that of Techiman South had been added.

Responding to Mr. Mahama’s concerns, Mrs. Mensa indicated that the Techiman South Election results have since been released adding that the results have vindicated the “mathematics based on which the result was declared on 9th December 2020.”

Mr. Mahama is currently seeking to halt the election petition until the Supreme Court reviews it's ruling on his interrogatories to the EC.

He is currently seeking to halt the election petition until the Supreme Court reviews its ruling on his interrogatories to the EC.