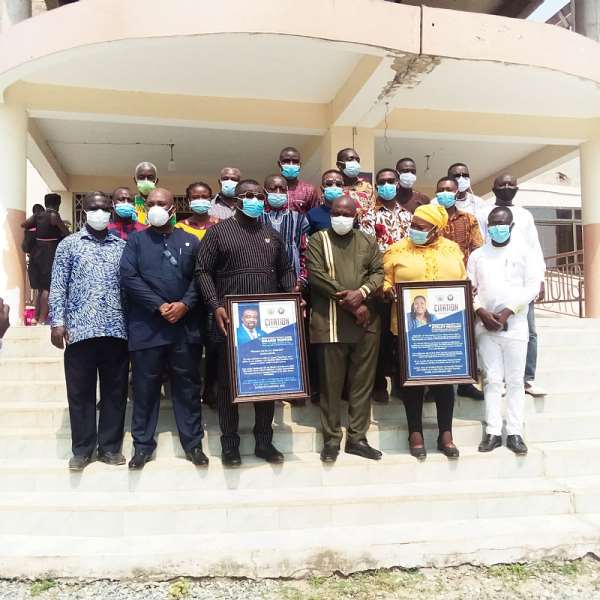 The decision according to the group is premised on the massive development undertaken across the 14 electoral areas of the municipality.

"As assembly members, all we need in our electoral area is development. So when you have the opportunity to work with a hard-working MCE, who helps to get development in your area, the best thing to do is for you to give him your full support," Assembly members for New Gbawe and Spokesperson for the group, Hon. Andrew Oppong said during a press conference.

Speaking in an interview, he stated that "If President Nana Addo nominates him today, Weija-Gbawe, we will not have any election, we are going to have popular acclamation for Hon. Patrick Kumor."

"We appeal to the conscience of the president to maintain him."

He describes the MCE as a selfless leader, and first of its kind.

He said, the MCE in his two years period after the municipality was carved out of Ga South in 2018, tackled almost all sectors of the economy of the constituency.

"Within two years looking at the infrastructural development from education, health, security and water and sanitation, almost every electoral area in Weija-Gbawe have been captured."

A group of the New Patriotic Party (NPP), in the constituency in an earlier publication called for the removal of the Hon. Patrick Kumor from office, and accused him of presiding over non-developmental projects in the constituency.

But the group maintained that, "we are the assemblymen and we are the representatives of the people....so they've sent us here to lobby for projects so if they themselves have seen it then is better for us to give him our support."

Across the municipality, Hon. Patrick Kumah has undertaken massive development in all sectors of the economy within his period of rein.

In the health sector, the construction of CHPS compounds at Weija, Oblogo, Agape amongst others have been undertaken to improve access to quality healthcare in the area.

During the outbreak of COVID-19, the MCE ensured the distribution of PPE's to hospitals, security agencies and the general public to curb the spread of COVID-19 in the municipality.

Other areas include water and sanitation, economic development, security and law, energy, agriculture and social interventions.