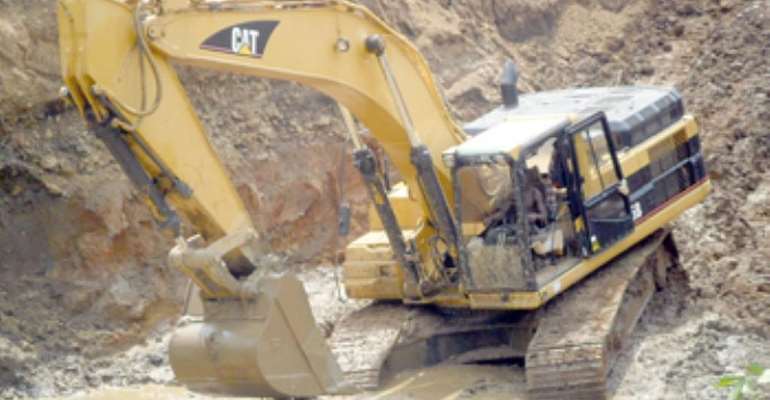 The Ashanti Regional branch of the Ghana National Association of Small Scale Miners (GNASSM) has called on government to review the Community Mining Programme (CMP).

The association wants the supervision and implementation of the programme to be done solely by stakeholders and institutions responsible for the country's small scale mining sector.

The association also want the government to come clear and declare land allocated for community mining since the introduction of the concept.

It has alleged that most of the land allocated for the community mining program by the government ended up in the hands of some New Patriotic Party (NPP) faithful leaving its members out of business due to the politicization of the concept.

The Community Mining Programme is aimed at formalizing mining in selected communities across the region and ultimately in the country.

According to the government, the programme was expected to provide employment for more than 16,000 people while it anticipates to rake in more revenue.

“The big worry is that the implementation sidelined the Association and other main stakeholders. Issuing of license for community mining was done from the office of the President and ministers. MMDCE’s were responsible for monitoring and supervision creating room for party supporters to influence and abuse the concept. Such development accounted for rising in forest encroachment and other infractions,” the Association said in a statement

The statement further argued that the community mining model which was introduced to government and implemented on party lines is the brainchild of GNASSM.

Manual on COVID-19 vaccination being developed for public se...
46 minutes ago