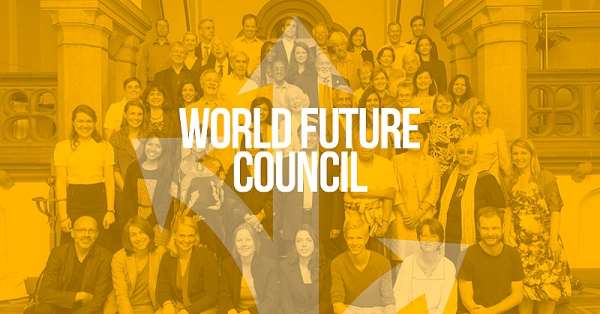 Stockholm/Hamburg/New York: January 19, 2021 - In a joint statement released today, 57 members of the World Future Council and recipients of the Right Livelihood Award called on governments to take action on nuclear risk reduction and disarmament in order to assure a sustainable future.

The statement was released to coincide with the inauguration of U.S. President Joseph Biden on January 20, the entry-into-force of the Treaty on the Prohibition of Nuclear Weapons (TPNW) on January 22, and the 75th Anniversary of the very first resolution of the United Nations General Assembly, UN Res 1 (1), which was adopted by consensus on January 24, 1946, establishing the global goal of the elimination of nuclear weapons and other weapons of mass destruction.

“The 1972 Biological and Toxin Weapons Convention (BTWC), with 183 States Parties, has abolished biological weapons, and the 1993 Chemical Weapons Convention (CWC), with 193 States Parties, has abolished chemical weapons,” says Paul Walker (USA), Vice Chair of the Arms Control Association and Right Livelihood Laureate in 2013. “It is now time to abolish the third class of weapons of mass destruction, nuclear weapons.”

“The 14,000 nuclear weapons possessed by nine nuclear-armed States pose an existential threat to humanity and to future generations,” says Maria Fernanda Espinosa, Member of the World Future Council and President of the 73rd UN General Assembly. “Nuclear weapons are useless in addressing the pandemic, consume financial and human resources required to stabilize the climate and achieve the Sustainable Development Goals, and are in direct breach of the UN Charter’s requirement that member states resolve their conflicts in peaceful ways without recourse to the threat or use of force.”

“Non-nuclear countries have taken an important step by negotiating the TPNW,” says Alyn Ware (New Zealand), Peace and Disarmament program Director for the World Future Council and Right Livelihood Laureate in 2009. “We encourage those ratifying the treaty to undertake effective implementation measures, including to prohibit the transit of nuclear weapons in their territorial land, air and seas, end public investments in the nuclear weapons industry and establish Ministerial positions for disarmament, as has been done in New Zealand.”

“Our generation has an obligation to continue and build upon the leadership of previous generations to rid our Earth of the menace posed by nuclear weapons, once and for all”, says Neshan Gunasekera, Member of the World Future Council and Board Member of International Association of Lawyers Against Nuclear Arms. “This obligation extends to all States, as customary international law prohibits the threat or use of nuclear weapons and requires their complete elimination. This has been affirmed by the International Court of Justice in 1996 and the UN Human Rights Committee in 2018.”

“Trump’s departure and a Democratic House and Senate challenges us to press Joe Biden to go far beyond the Obama administration, let alone Trump's (despite some disappointing carry-overs in personnel), in reducing risks of nuclear war," says Daniel Ellsberg, a former Defense Department consultant on nuclear war-plans, who later received the Right Livelihood Award, in part for having revealed the “Pentagon Papers.” “The US and other nuclear armed states should immediately commit to never initiate nuclear war or to “launch on warning" pre-emptively, take action to unilaterally eliminate land-based ICBMs and reduce their nuclear stockpiles well below “doomsday” capabilities, and commence urgent negotiations for the global prohibition and complete elimination of nuclear weapons, to be achieved as soon as possible."

"The threat of nuclear weapons is akin to the proverbial sword of Damocles that hangs by a thin thread over humanity," says Kehkashan Basu, Founder-President of Green Hope Foundation, Councillor of the World Future Council and Winner of the 2016 International Children’s Peace Prize. “At any moment the thread might snap, putting the entire human race in peril. If we have learned anything from the climate crisis, unprecedented biodiversity loss and the COVID-19 pandemic, it is that militarism and weapons, including nuclear weapons, are useless in addressing the key human security issues of today and tomorrow.”

The statement will be presented to the UN and member states in conjunction with a global event on January 25 for the Commemoration of the 75th anniversary of UN Resolution 1 (1).

See the full statement and list of endorsers here.

[Hot Video] Shatta Wale vim dies as prisoners hoot at him in...
44 minutes ago