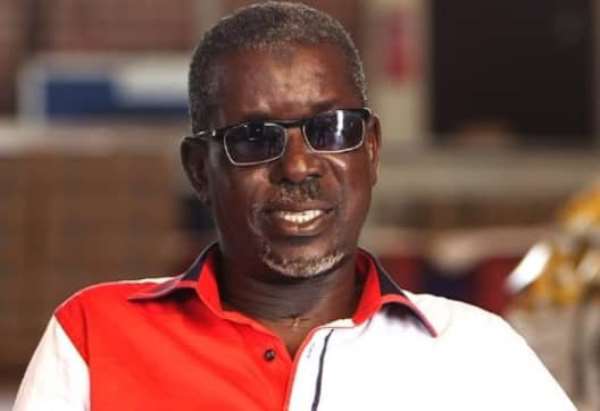 The late Alhaji Chocho as he is affectionately called hailed from Akyem-Kwabeng in the Atiwa West District.

An industrialist, Alhaji Chocho was a great philanthropist who helped many people across the country and outside.

He was enstooled as a sub-chief in the local community in 2020 due to his immense support towards the development of the community and beyond.

He started the business with a meager amount of ¢4 in his kitchen at Suhum about 20 years ago and has since risen to fame, receiving countless awards locally and internationally.

After being a cab driver, Alhaji Mustapha Oti Boateng decided to wage war against bleaching and skin lightening practices in the country by producing a line of herbal cosmetics.

He used his deep-rooted knowledge of herbs to help his community because the practice of using creams and other cosmetic products to chemically lighten skin was for him detrimental to one's health.

Celebrated for turning a kitchen experiment into a huge cosmetic industry, the late Alhaji Mustapha named his company in the memory of a dear friend, with “Chocho” being a nickname between them.

Alhaji Mustapha started his primary education at Akyem – Kwabeng Presby Middle School in 1966 and then went on to St. Paul's Technical School at Kukurantumi, but that was his highest level at the time, as his parents were poor as such they could not continue paying his school fees.

In the 1970s, he apprenticed as a truck driver and later moved on to drive taxis and worked hard to buy his vehicle by 1981.

Four years later, while visiting the Ahmadiyya Muslim Mosque at Nyaniba Estate in Accra for Zuhr and Asr prayers, the late Chief Inspector Abdullah A.P. Amamoo employed him as a driver for the mission.

In the event, he became a driver for the Ameer and Missionary-in-charge, Ahmadiyyah Muslim Community in Ghana, the late Dr. Maulvi Wahab Bin Adam until 1989.

The late Alhaji Mustapha then enrolled at the Raqeem Press, Farn Ham- London where he trained as a professional graphics designer and was made the Press Manager for the Ahmadiyya Muslim Mission Press in Accra.

In 1998, he and his first wife Hajia Adiza launched their small scale skincare business, producing only two products.

The late Alhaji Mustapha Oti Boateng become a force to be reckoned with in the cosmetic industry and was acclaimed widely for his innovative ideas and huge contribution to humanity.

The former Eastern Regional President of the Ahmadiyya Muslim Community in 2013, was named Entrepreneur of the Year by the Entrepreneurs Foundation of Ghana.

He was also awarded an honorary doctorate by Day Spring University, Florida-USA for his organic skincare products line including trademarks such as Chocho Cream, Chocho Beauty Soap, and Chocho Balm.

In 2013, Chocho cosmetics won the Cosmetics and Personal Care Product of the Year, and Toiletries and Cosmetics of the Year in 2014, awarded by the Association of Ghana Industries (AGI).

The late Alhaji Chocho left behind three wives and at least five children.

He is expected to be bury tomorrow at 2 pm at Kasoa, Barrier near Accra as announced by the family.

Chocho Industries is an alternative medicine and herbal-based cosmetics production company based in Suhum – 44 in the Eastern Region.