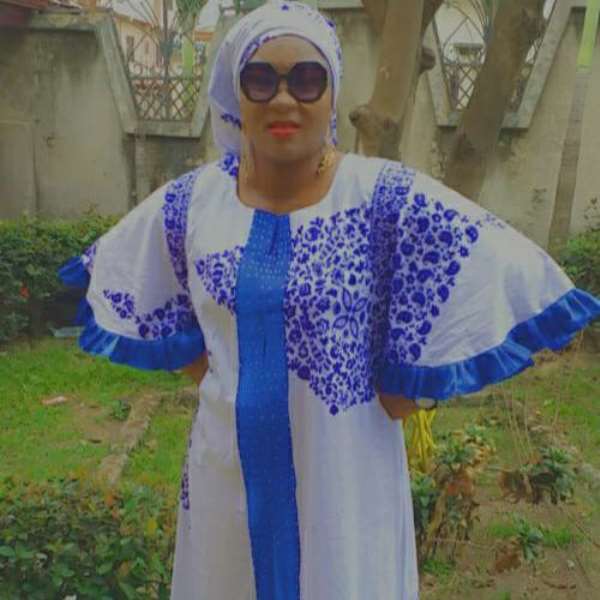 The Women's Organizer of the Kumasi Duase- Forest branch of Nasara of the NPP in Manhyia-North Constituency, Hajia Rajid says the flagbearer of the National Democratic Congress, former President John Dramani Mahama should do the honourable thing by conceding defeat to President Akufo-Addo.

Speaking in an interview with modernghana's correspondent King Amoah at Kumasi-Duase after an occasion which was aimed at celebrating the NPP electoral victory on Friday, January 15, 2021, held at the Duase L/A Middle school park, Hajia Rajid noted that winning election is not a matter of using lies or sugar-coated words to persuade the electorates and later dump them after gaining power.

According to her, when John Dramani Mahama was struggling for power in 2012, he used colourful languages in his campaign to portray himself as an Angel of light ready to transform the country.

She intimated that when the mandate was given to Mahama, he rather worsened the plight of the citizenry by introducing obnoxious policies to sabotage the country.

Hajia noted that Ghanaians formed their own judgement on the emergence of Nana Akufo-Addo of whose regime she claimed, has tremendously witnessed lots of economic transformation.

The Organizer recalled how John Dramani Mahama's administration rejected the citizens of Zongo communities especially widows who often resort to begging for arms on the streets.

She lauded Nana Akufo-Addo for the introduction of numerous policies including the free Senior High School programme which has contributed in no small measure to the development of education in the Zongo communities across the country.

Hajia charged the residents of Zongo communities to renew their faith in the NPP, as the party is now seen as a northerners party based on the transparent manner the national cakes are being shared equally under Nana Akufo-Addo's watch.

The Organizer took the opportunity to question the credibility of John Dramani Mahama on why he is demanding for the rerun of the presidential election through his petition tendered before the Supreme Court while in reality, he knows he was defeated by the good people of Ghana who have lost confidence in him.

Hajia believes that the Supreme Court will treat John Dramani Mahama's petition with contempt since it lacks merit and an obvious attempt to waste the precious time of the court.

In her contribution, Hajia expressed the outfit's resolve to support Nana Akufo-Addo in his quest to transform the country.