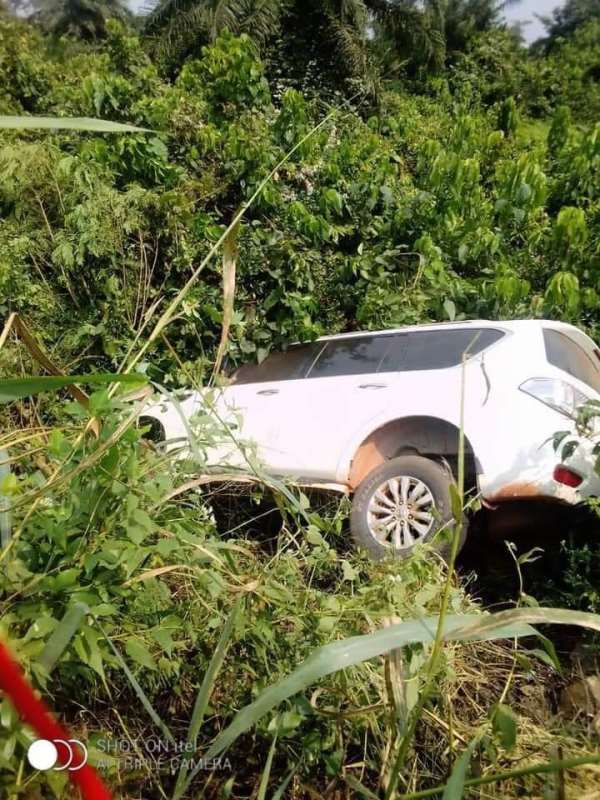 The New Patriotic Party (NPP) Member of Parliament (MP) for Sefwi Akontombra, Alex Djornobuah Tetteh, has been involved in a car accident.

The crash is said to have happened on the Bibiani road when he was returning from an inaugural ceremony at Manukrom in the Ashanti Region.

The Sefwi Akontombra Constituency Secretary, Addo Harry confirming the incident to the media said upon getting to the mines junction an incoming Toyota Camry car made a force turning.

“The driver of the MP realized there was a tricycle on the other lane and veering off would cause casualties to the passengers adding with no other option, the driver plunged the car into the bush with no casualties recorded.

Mr. Addo said the MP is receiving treatment at the Bibiani hospital.