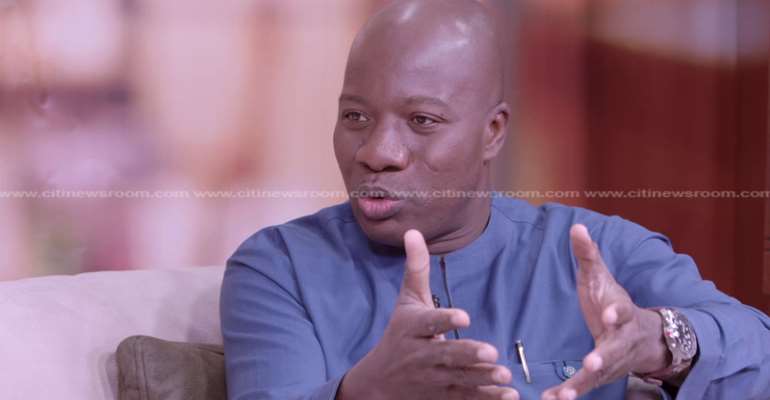 Member of Parliament (MP) for Bawku Central, Mahama Ayariga has opined that members of the National Democratic Congress in Parliament must be commended during the inauguration of the 8th Parliament last Thursday.

Several unfortunate incidents were recorded during the inauguration ceremony some of which led to the invasion of military personnel.

The MPs have been lambasted over the incidents which included disagreements over the sitting arrangement in Parliament, secret voting and snatching of ballot papers.

But the Bawku Central MP insists NDC MPs should celebrate as heroes.

According to him, all they did was to protect the “sanctity of the secrecy of votes.”

“The laws of secret ballot means that put in place a mechanism that guarantees a person the right to secrecy in the exercise of his vote. That is what secret ballot means. So if we as a Parliament passing the law regulating elections in the country in open camera with the whole world watching, and we cannot guarantee a basic thing such as providing the individual the opportunity to exercise their right (then what will be our use?).”

“So all that we (NDC MPs) were doing in the chamber was standing our grounds and protecting the rights of NPP MP-elects to vote secretly. So when we suspected that where the ballot boxes position, people’s right to secret vote will be violated, we resisted that, and secondly when the boxes were moved up and people were trying to vote and snap photos to confirm where they voted, we resisted. So we resisted everything that we thought was going to compromise the secrecy of the votes. We should rather be commended as the heroes of our democracy because we were fighting for the sanctity of the secrecy of votes,” he said. Ofosu Ampofo commends NDC MPs for securing speakership position for Bagbin

The National Chairman of the NDC, Samuel Ofosu Ampofo , has commended the party for its determination and courage to secure the speakership position.

“Our members of Parliament have, through creative skills, experience, perseverance, and determination, shown that the wings of the oppressor can be clipped, and they indeed clipped it,” he said.

“I feel particularly proud of the men and women who represent our Party in Parliament. I do not have the right words to commend our gallant, courageous, and strategic Honourable MPs for fighting through the night to ensure that our country elected Rt. Hon. Alban Sumana Kingsford Bagbin as Speaker of the Eighth Parliament of Ghana.”

Mr. Ampofo, in a statement issued in Accra, said: “Together we will emerge stronger and better”.

“It has been a long tedious struggle on what seems like a lonely journey from December 7, 2020, till now, amidst intimidation, bullying, and outright violence visited on our compatriots.”

In a related development, the Parliamentary Service has admitted that the incidents that occurred in the build-up to the inauguration of the 8th Parliament were utterly regrettable.

A statement issued by the Parliamentary Service and signed by its Director of Public Affairs, Kate Addo, indicated that while the acts were undesirable, it is very much hopeful that it will not affect the effective and united running of parliamentary business.

“Parliament wishes to acknowledge the events that characterized the inauguration of the 8th Parliament and wishes to state that while most of the actions during the night were regrettable, Parliament would, however, like to put them behind it and work towards a more focused, unified membership aimed at promoting the best Parliamentary practices and good governance”, the statement said.