Bawku is of great interest to gov't — Bawumia 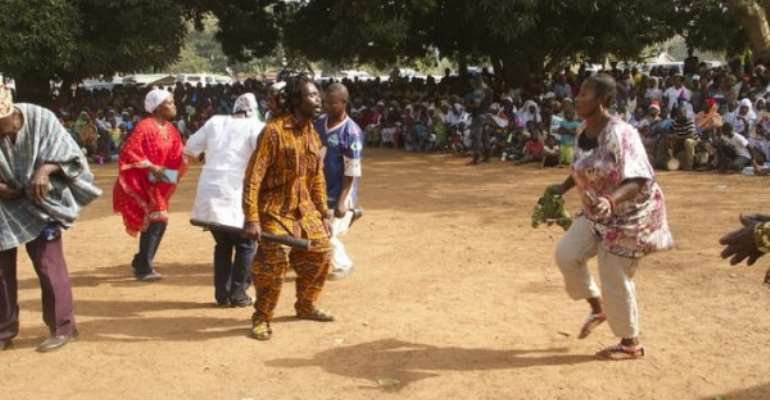 Vice President, Dr Mahamudu Bawumia, says the Bawku Municipality in the Upper East Region is of great interest to government and commended residents for the peace in the area.

“I wish to assure you that the government will not be derailed by any means of giving what is due to the good people of Bawku Traditional Area.

You are going to witness a lot of infrastructural projects such as health and educational facilities, good roads, warehouses to make this traditional area assume its rightful place,” he said.

The Vice President said this in a speech read on his behalf by Mr Frank Fuseini Adongo, the Upper East Deputy Regional Minister, at the 33rd annual Samanpiid festival of the chiefs and people of the Bawku Traditional Area.

This year's festival on the theme: “Mutual understanding, and co-existence; A key to enhancing peace for the development of Kusaug,” brought together citizens of the Kusaug area, including some Chiefs across the Region.

Dr Bawumia said, “In the face of the communal disturbances that existed, the people of Bawku have demonstrated patriotism over the years through support for various governments and their programmes, and I salute you all.”

He said it was gratifying to note that Bawku had returned to its normal state, and the people were going about their daily activities in peace and harmony.

“This gives the government a great sigh of relief as it rolls out policies and programmes to bring smiles on the faces of our people.”

He said, “Those who were born a little over four decades ago will attest to the fact that there was no town in the north that could surpass Bawku in terms of the ingenuity of the people, the type of brisk business and the ever-growing nature of the town.”

Dr Bawumia noted that Bawku nearly became a shadow of itself, “Our children's education was indeed nearly jeopardized as teachers and other workers preferred to work in other places aside Bawku.”

He congratulated the people of the area, especially the Inter-Ethnic Peace Committee for their efforts so far at ensuring lasting peace, and urged them not to relent.

Giving a brief history of Samanpiid, the Paramount Chief of the Bawku Traditional Area, Zug-Raan Naba Asigri Abugrago Azoka II, said the festival was established by their ancestors to celebrate successful farming seasons.

“This was done originally at various Kusasi clans in Kusaug. There were lots of merry-making, including dancing and feasting as part of the ceremonies.”

He said they had modernised the celebrations by making it more centralized.

“This occasion is used to inform civil authorities or government of our development needs and priorities and we also plan to execute projects of our own.”

The Paramount Chief advised the Chiefs and people of the area to continue to abide by the COVID-19 protocols.