No More Demonstrations In 2021? 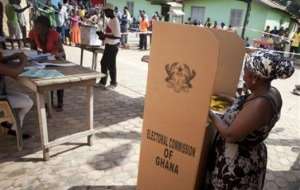 The minority in the parliament had a walk from the Ghana’s parliament to the headquarters of the Electoral Commission of Ghana and this resulted in scuffles with the Ghana Police Service. The minority lawmakers insisted their action was just a walk and not a demonstration, whilst the police insisted on the law to restrict the movement of the lawmakers. The topic, therefore, for discussion on our media space is what the law says on mass gathering or mass movement and the public order act. The writer, like majority of Ghanaians is not a lawmaker, neither is he a lawyer nor a police officer. He, like other lay members of the society can only ask questions.

Prior the 2020 general elections, health walks became a phenomenon. Any of those walks by the political parties in various constituencies had a much bigger number than the number of the minority MPs and a few others from their political party who engaged in a similar action on December 22, 2020. As citizens and not spectators, the ordinary Ghanaian would like to know if the organizers of those pre-election health walks notified the police? If not, why did the police want the MPs to notify them before their walk? Why the quote of the public order act then? Citizens want to know.

Owing to the tension in the country and earlier post-election demonstration that turned violent, the police has mounted several barricades on all roads leading to the EC headquarters, and subsequently marked the place a security zone with restricted access. why did the lawmakers ignore the law the public order act? Are they not supposed to know the law and the spirit behind it? Don’t they know that the context in which the walk was organized justified a clause in the public order act that all mass gathering could potentially turn violent? After all, all demonstrations are practically a walk, why did they still insist that theirs was a walk and not a demonstration? Should future organizers of demonstrations name their protest “a walk” and refuse to notify the police? The MPs are supposedly masters of the law and as citizens from their constituencies, should we learn from their example or the precedence they are setting? Citizens want to know.

Ghana Police Service, we do not just want to be spectators. We would like to ask some few questions as citizens after watching on live TV how the lawmakers overpowered your roadblocks. Couldn’t the men in uniform avoid all these seemingly violent scenes by only protecting the premises of the EC headquarters for security reasons? Couldn’t the police just maintain their presence on the road from parliament house to the EC headquarters at vantage points rather than roadblocks made up of armed police officers? What if a gun had accidentally gone off during the scuffles? Your guess is as good as mine.

The year 2021 may experience more “walks” than “demonstrations” as our lawmakers have clearly set a precedence. In order not to experience many fallouts from future demonstrations conveniently termed “a walk”, the Ghana Police Service, the NCCE or any other agencies responsible for educating the ordinary Ghanaian should educate us as soon as possible.

Ghana’s economic woes has nothing to do with E-Levy; just st...
17 minutes ago