Election 2020: Results rigged and swapped for Akufo-Addo, our evidence will stand the test of time – NDC 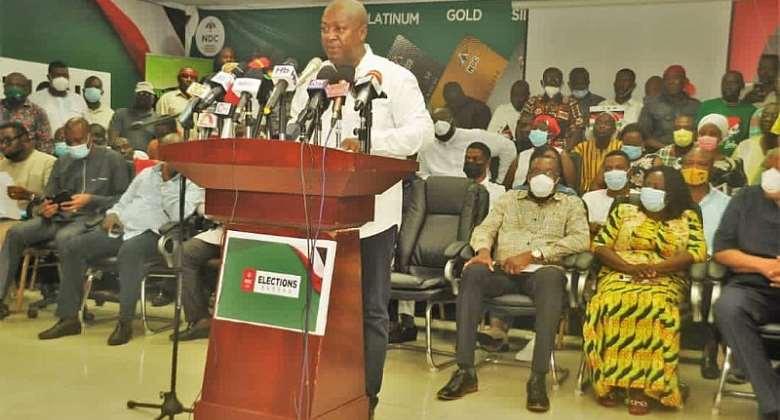 The legal team of the opposition National Democratic Congress (NDC) says it has gathered enough evidence to challenge the results of the 2020 polls as declared by the Chairperson of the Electoral Commission Jean Mensa.

According to a member of the legal team Abraham Amaliba, evidence of the irregularities as gathered by the lawyers will be submitted to the NDC candidate John Mahama who will decide the next line of action for the party.

“I think the team has concluded its work as of yesterday and they’ll have to present their findings to the flagbearer and we lawyers are interested in the work they’ve done. The team was looking and padding and swapping of votes and also undervoting and overvoting and this is for presidential. For parliamentary, we are looking at 9 seats but for presidential, it’s nationwide,” he told Morning Starr host Francis Abban Monday.

He added: “You see huge votes given to Akufo-Addo and reduction of votes for John Mahama and these are some of the things we’ve come across. We’ll put it in the public domain soon. We don’t want to go to court on flimsy grounds. We want to go to court with evidence that can stand the test of time so that even when we lose, in the eyes of Ghanaians, we won. What is convincing already is the percentage and mathematics that were gotten wrong by the EC Chair and subsequently, she came out with figures that were also wrong”.

Meanwhile, legal practitioner Yaw Oppong has expressed satisfaction over the decision of the NDC to challenge results of the polls in court.

“I think it’s quite comforting that the parties who feel aggrieved with the decision of the EC regarding the results of parliamentary & presidential election have taken a decision to go to court. If you are challenging the results, I think all parties should have their pink sheets and be clear in your mind that you can establish a prima facie case and also have the gazetted results,” he said.

NDC flagbearer John Mahama has rejected results of the polls which gave the ruling party some 51% of the valid vote cast.