What I Learned as a Cowboy 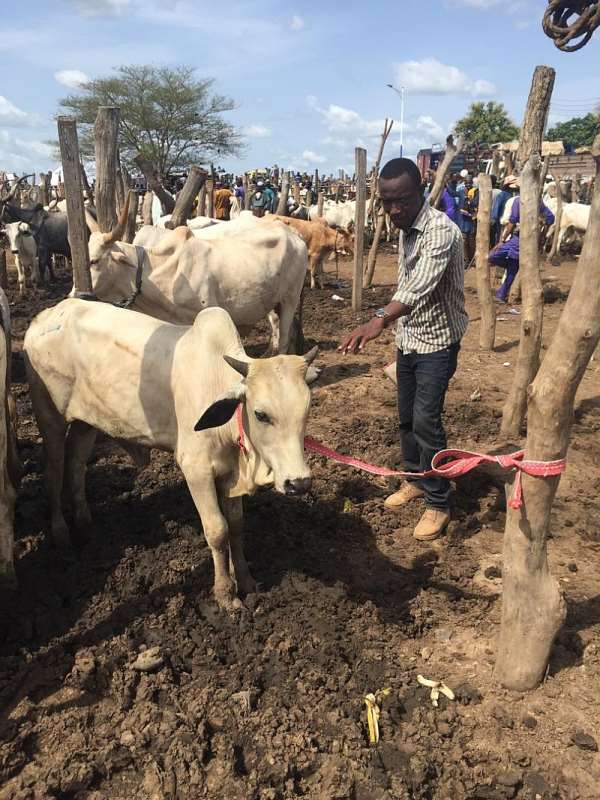 One and half years ago, I took passion working with a reliable friend, brother and boss as cowboys in the area of cattle trade as global beef market and consumption of same upsurges. This is an area which heavily hinges on humble persuasion, friendship and networking in a bid to get fair pricing and deal for consensus building on how much to pay for a cow at a particular time and within a particular community.

Studies have it from the US Department of Agriculture (USDA) that the US is by far the biggest cattle market in the world — being the biggest producer, consumer and importer of cattle in the world. We can't also forget of the emerging economies in the emerging markets of China, South Korea, Brazil and Argentina etc who are doing their best bid in the area of the cattle trade. This is a trade that shows no symptoms of falling as people continue to consume beef on daily basis. Ghana is making her own mark in the area of cattle trade especially in the Northern Region of Ghana.

The largest cattle market I have seen in the Northern Region is the Buipe Cattle Market which falls on every Monday. Aside that, we also have smaller ones like the one in Guunaayili, which is at the outskirts of Tamale. We have been to these two markets. We saw, met cattle traders, share contacts during our visits and traded as well. At some point, I started writing a research project on the Identification of Social Capital on Beef Farmers in the Northern Region. A case study of Bupei and Guunaayili cattle traders. What motivated me to work on that topic was our UNSOUND FINANCIAL SITUATION and considering the profits, we could have ripped thereafter.

Our first attempt in the market was made possible when my friend had his NABCO unpaid salaries for 4 months paid to him at a go. We also borrowed monies from other sources to complement what we had in hand. Despite his plans of using it for his intended purpose, we decided to give the cattle trade a try before; and whatever dividends made out of it would be shared between us — before he can use his principal for whatever angle he deemed fit. What interests me was that the contacts we established between some Fulani cattle rearers yielded well. There were instances we got called to come and buy some animals. But because of our unsound financial situation, we had to negotiate with the big tycoons in the market to do so and send us our commission. That was how a determined cowboys -in-trade did.

Our interest to venture into this trade is heavily motivated by passion aside the monetary gain associated with same. In this trade, you learn, apply and re-learn new ideas as time changes. You normally don't just learn how to trade but how to be an unofficial and unlicensed “veterinary expert” to the best of your thoughts. This is so because you need to be able to tell if an animal is likely to develop some symptoms based on how it reacts within a particular time. You need to observe each and every animal relative to their level of consumption after purchases (either increase or decrease in the past months or weeks). In simple terms, you must have the technical eye of a licensed veterinary expert.

As I indicated earlier, you learn a lot as you make a wave into the deeper aspects of being a true customer to others in the same business. As a cowboy working with a good friend of mine (Abukari Yussif) who also has the technical eye to foresee the future change in price of cattle relative to the current trends, we did quite well, if not excellent.

As a cowboy in trade, you need to consider certain factors when buying an animal because we have two types of cattle that are traded: live cattle and feed cattle. The live cattle are the finished product ready for household consumption while the feed cattle are an unfinished product. Considering the two scenarios above, it should tell you how much each animal should be bargained for at a particular time. A cowboy-in-trade who has a reason to slaughter the animal right after purchases would fairly have a different bargaining price as against the one who has an intention to rear it for future sales. As the former has no further expenses to incurred on it, the latter still has to consider the feed and health concerns going forward.

For people in the trade would tell you that, health and weight of the animal is the paramount concern of all buyers once they come into contact with the animal. What you need to know is that after calves are born and kept with the mother for 2-8 months, probably the calf might have reached a weight of around 500-600 pounds. At that time, it is weaned from its mother and raised on a ranch between 6-10 months. Once a calf has reached a weight of around 600-800 pounds, it can be considered or classed as a feeder cattle. At this stage, a lot of care is given to the animal because it is at the stage ready to be fattened-up with future anticipation for sale. This is a time where the animal is giving high-energy feedstock to increase the weight and fattiness. Some animals do reach a weight of 1,200-1,400 pounds. Some even go as far as 1,900 pounds. This is the best stage, if not excellent, to class the animal as live animal ready for slaughter.

Let's not forget to reiterate the point that there are other market drivers that influence the price of cattle in the market. So for a cowboy-in-trade, you need to consider factors such as Demand of beef, Price of feed; Seasonability and weather and transportation. We do know how cattle price rises when Eid al-Adha approaches and same as goats during Christmas periods.

As each of us experiences life-altering events, such as my experience as a young cowboy, we need to not only learn to be fair to others but to know that no matter how long you have been doing something, you aren't too old to learn. No matter how far you have come, you can always do better in your pursuits whiles maintaining a clean sheet.

I remember just two weeks ago, my friend got a contract from a policeman who lives in Mankessim, in the Central Region of Ghana. He was given money to buy not less than 70 goats and transport same to him ahead of the Christmas. As I write this piece, he bought the goats and got them transported to Mankessim to the admiration of the policeman. Business is about trust from both ends. You could imagine the profits the policeman would be making during the Christmas celebration.

You can contact Yussif Abukari on +233246606441 on a fair deal for a mutual beneficial relationship on the areas espoused above.