Rawlings Was The Reason For Dev't In The North — Tangoba 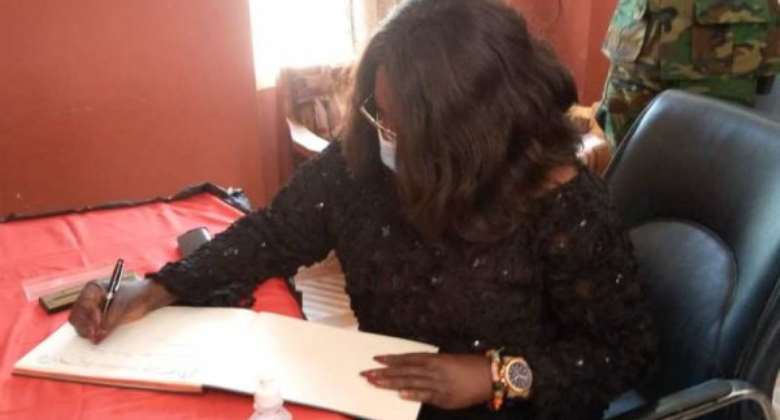 “I will like to say without the fear of contradiction that he is one of the reasons why the North was developed. Yes, we are still in teething stages, but he contributed a lot to getting us where we are.”

Madam Abayage recalled the achievements of the late former President Rawlings after she signed a book of condolence on behalf of the Chiefs and people of the Upper East Region, opened at the Regional Coordinating Council (RCC).

“Aside that, he created Upper West Region out of the former Upper Region. His contribution towards the North is huge. We can't write the history of the country without referring to him,” the Minister, who is also the Parliamentary Candidate for the Navrongo Central Constituency said.

She said “His charisma was something you can't take away from him. Even in his old age, you just love to listen to Rawlings. He was an embodiment of greatness. Ghana is the loser with his sudden demise.”

Former President Rawlings died at age 73 on November 12, 2020 at the Korle-Bu Teaching hospital in Accra after a short illness.

He was the founder of the National Democratic Congress and the first President of the fourth Republic who ruled Ghana for 19years.

Mr Rawlings left behind a wife and four children.