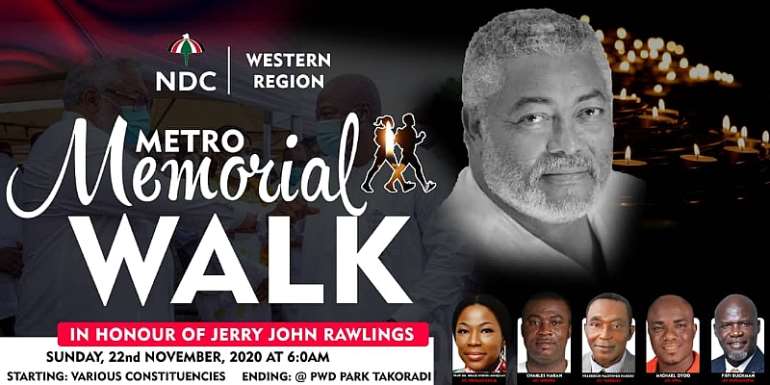 The National Democratic Congress of the Western Region joins millions of people both in Ghana and abroad to mourn the founder of our great party, Jerry John Rawlings.

As part of a series of programs the party has proposed from the time of the demise of the late president Ft lt Jerry John Rawlings till the final internment, the region has directed all constituencies to organize Vigil and memorial walks in remembrance of our fallen hero.

In view of this, the 5 metro constituencies will come together and have one big event to commemorate our founder.

The party will have a metro Vigil on Friday 20th Nov 2020 from 6pm to midnight at Sekondi Kudum square popularly known as Komfoase.

The party will organize a gargantuan walk-in in memory of our founder on Sunday 22nd Nov 2020.

The party people all over the region are expected to attend all programs in traditional black and red outfits or any party colours.