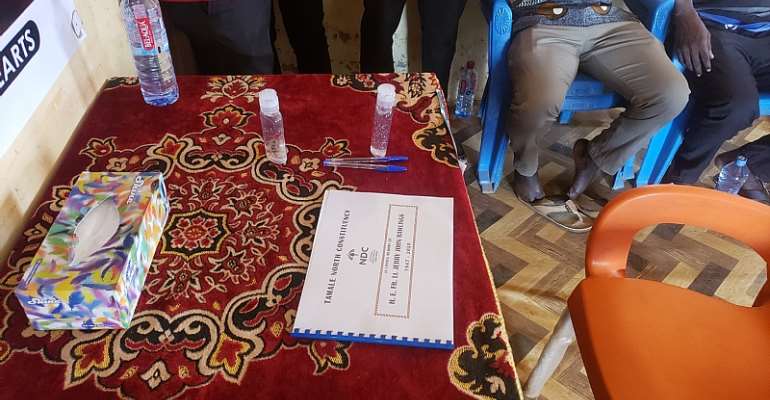 Signing of the book of condolence in honor of late former President of Ghana, Flt. Lt. Jerry John Rawlings has begun at the NDC office in the Tamale North Constituency.

Senior members and constituency executives of the party wrote their heartfelt words to the former statesman and founder of the NDC at the party office at Kanveli.

The exercise began on Thursday morning, 19th November 2020 and open to the public until the burial of Mr. Rawlings.

He was the first President of the Fourth Republic and served between 1993 and 2001 before handing over to former President J.A Kuffour.

Addressing the media on Thursday, 19th November 2020, former DEC of Tamale under the Rawlings’ regime, Alhaji A.Y.M.B Ibrahimah eulogized Jerry John Rawlings as selfless and a man of integrity.

He thanked him for giving him the opportunity to serve under his administration and noted the people of the Northern Region will forever be grateful for his contribution to Ghana.

However, the party will also hold a memorial walk this Saturday, from Nyanshegu dubbed Founder’s Memorial Walk.