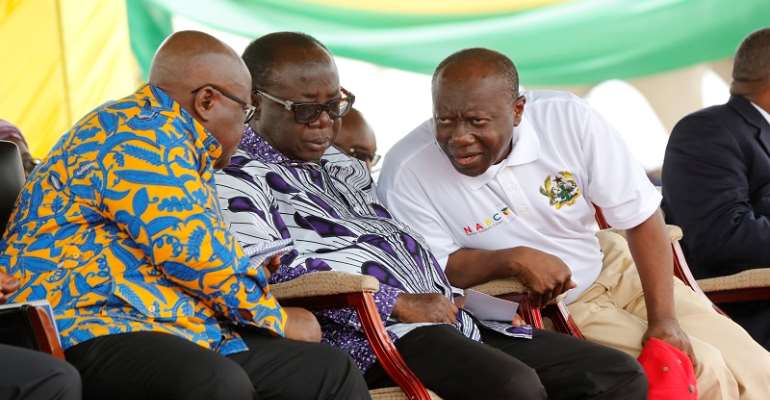 Former Special Prosecutor Martin Amidu has disclosed that Finance Minister Ken Ofori Atta visited his home when he was compiling his report on the controversial Agyapa Royalties deal.

“The fact that you are in government doesn’t mean that when you are dissatisfied about a report, you go after the person or the fellow”, he said, revealing: “The Minister of Finance has been my friend for years; why will I go for him? When I was writing the report, didn’t he come to this house? Was he not here on 21 October? What did I tell him? Why is he now churning our information about me and targets and all that? Should I come out? Let’s stop it and I say let’s stop it before we wash dirty linen in public,” Amidu told Accra-based Citi FM.

Mr Amidu who resigned his post citing interference from the President following his corruption risk analysis on the Agyapa royalties deal dared government not to push him to respond to allegations against him.

“They should tell their people, who they wrongly briefed to be telling lies about me, to stop before I decide to respond and when I decide to respond, I’ll do so without fear or favour, even to the extent that if my life will be taken for speaking the truth and defending the Constitution of Ghana, as by law established, I’ll do so,” he said.

Mr Amidu also said Ghanaians should blame President Akufo-Addo if anything happens to him as he has reported threats on his life following the Agyapa report.

“The intelligence is there and I called the minister of national security but he didn’t pick and I got a former national security advisor to speak to him and this fact is now known and I say that the president will be responsible for anything that happens to me”.

“I’m a Ghanaian and I don’t fear anything and, as I said, to die in the cause of fighting corruption is what I started with President Jerry Rawlings on 31st December 1982 and I’m not going to leave it because some people think that they can threaten me. I don’t give a damn about that.

“As to what I’ll do, I reserve that for myself but as I said, whatever happens to me, I lay my life for the republic of Ghana and the president has a constitutional duty to protect me. I don’t need any security in my house or to follow me. And anybody who makes an attempt, he will have himself to blame”.