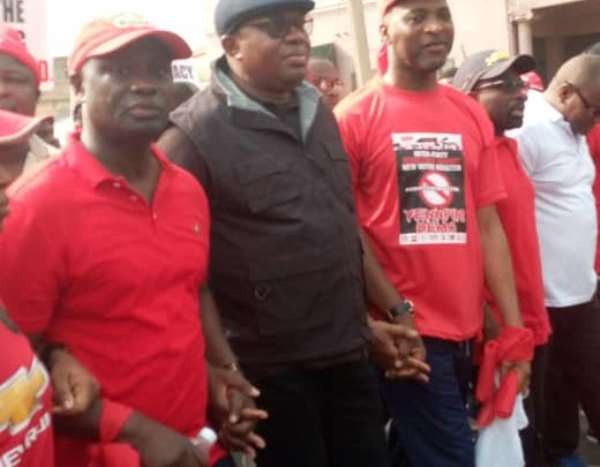 The opposition National Democratic Congress (NDC) has announced that it will embark on a “probity and accountability” march in honour of its late founder JJ Rawlings next Thursday.

The party in a statement said the march is to rekindle the principles which were championed by the late former President but have ‘come under threat’ under the Akufo-Addo-Addo government.

“The National Democratic Congress (NDC), wishes to inform the general public that it will, in conjunction with other Political Parties, Civil Society Organizations (CSOs) and all progressive forces embark on a Probity and Accountability March, in honor of the memory and legacy of the Founder of the party and Ghana’s 4th Republic, Flt. Lt. Jerry John Rawlings,” a statement signed General Secretary of the NDC Johnson Asiedu Nketia said Thursday.

It added “The march is scheduled for Thursday, 26th November, 2020 in Accra and is intended to rekindle the principles of probity and accountability which were zealously championed by Flt. Lt. Jerry John Rawlings, but have come under serious threats, as evident by recent developments in the country.

“The party believes that it is imperative at this time to rally Ghanaians to uphold and respect the principles of probity and accountability enshrined in the 1992 Constitution of Ghana, even as the nation prepares for the December 7 Polls.

The NDC kindly invites all its teeming supporters, Political Parties including the ruling New Patriotic Party, CSOs and the general public to join in this march, which is a befitting tribute to the memory of Ghana’s foremost anti-corruption giant. Details about the time of the March converging point, among others will be communicated to the general public in due course”.