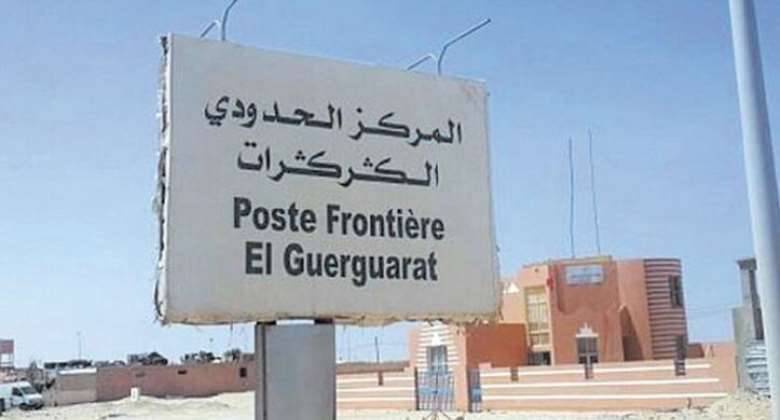 Faced with the serious and unacceptable provocations of the Polisario militias in the buffer zone of Guergarate in the Moroccan Sahara, “Morocco has decided to act, in accordance with its attributions, its duties and in full compliance with international legality," the ministry of Foreign Affairs, African Cooperation and Moroccans Abroad said on Friday.

After having committed itself to the greatest restraint, in the face of provocations from the militias of the Polisario, "the Kingdom of Morocco had no other choice but to assume its responsibilities in order to put an end to the deadlock situation generated by these actions and restore free civil and commercial movement,” the ministry pointed out in a statement.

The Polisario and its militias, which entered the area since October 21st, 2020, carried out acts of banditry, has blocked the movement of people and goods on the road, and continually harassed the military observers of the Minurso, the ministry stated, noting that these documented actions constitute real premeditated acts of destabilisation, which alter the status of the area, violate military agreements and represent a real threat to the sustainability of the ceasefire.

These acts undermine the chances of any relaunch of the political process sought by the international community, the ministry said, noting that since 2016, the Polisario (pictured) has multiplied these dangerous and intolerable acts in this buffer zone, in violation of military agreements, in contempt for the calls to order launched by the UN Secretary General and in violation of the resolutions of the Security Council, in particular 2414 and 2440, which ordered the Polisario to put an end to these destabilising acts.

The Kingdom of Morocco had then immediately alerted and regularly informed the UN Secretary General and senior UN officials about these extremely serious developments, the source added, stressing that Morocco had also drawn the attention of the Security Council members and Minurso as well as several neighbouring states to this situation.

The Kingdom of Morocco has given all the time necessary to the good offices of the Secretary General of the United Nations and MINURSO in order to push the Polisario to stop its destabilising actions and leave the buffer zone of Guergerate, the ministry pointed out.

However, appeals from Minurso and the UN Secretary General, as well as the interventions of several members of the Security Council, have unfortunately been unsuccessful, the ministry noted, stressing that "Morocco has therefore decided to act, in accordance with its attributions and its duties and in full compliance with international legality".

The Polisario alone must assume full responsibility, and bear the full consequences of these acts, the ministry concluded.

Hottest Photo Reports
Catch up with all the political quotes from our politicians.
Advertise here
More from Morocco
ModernGhana Links
Drought tightens its grip on Morocco
French court suspends the deportation of conservative imam to Morocco
8 months' jail for 14 migrants in Morocco: lawyer
TOP STORIES