Universities To Reopen In January 2021

By Jerry A. Fianyo
Opinion 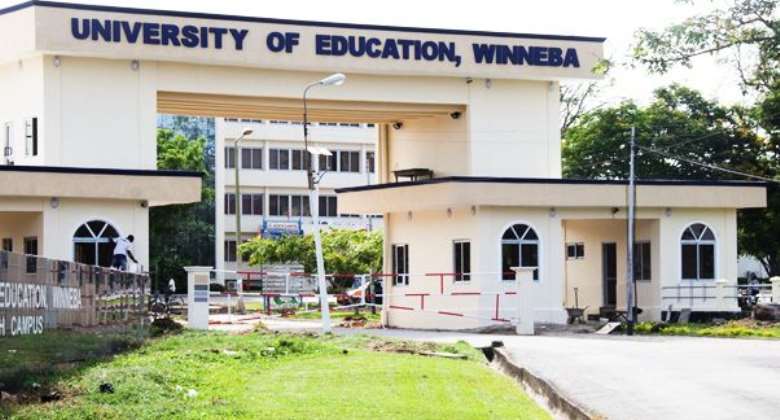 Since the emergence of the novel coronavirus pandemic, the entire world has been thrown into a complete state of turmoil. Even the developed world, armed with all the sophisticated technological advancement in healthcare, have had a Herculean task containing the pandemic on their shores. The United States of America has been one of the hardest hit countries with over 9 million cases so far. Our country Ghana has not been spared either. The world’s second highest producer of cocoa lists among the top 10 most affected countries in Africa with close to 48,000 cases recorded, and a total of 316 deaths as of October 28, 2020. The president of the Republic of Ghana gives periodic updates on measures taken by the state to combat the coronavirus, protect the life of the citizens, as well as maintain a stable economy in the face of a global pandemic. However, the latest update by the President, delivered on October 18, 2020 has been met with mixed reactions from a section of the public, particularly tertiary students.

It is worth noting that the contagious nature of the coronavirus has forced governments across the world to close down educational institutions or resort to online learning amidst other stringent measures adopted to protect the lives of citizens. However, as the world has gradually come to terms with the nature of the virus, educational life among others is gradually returning to normalcy globally. For instance, in Europe (which is one of the worst hit regions accounting for over 9 million cases currently), schools have reopened since August, 2020 albeit with stringent health and safety protocols in place. Also, in the United States, schools are gradually reopening with states like California, Texas, Florida and New York all opening up schools. It should be noted that these four states account for the highest tally of confirmed cases in the United States, recording a total of over 3 million cases. However, educational activities are gradually returning to close to normalcy as schools have been reopened in many parts of these states.

It will be noted that during the 18th address by His Excellency President Akuffo Addo on measures taken against the spread of coronavirus, he stated that “…SHS 2 and JHS 2 students are back in school, as are some students in tertiary institutions and colleges. Indeed, the academic year for new and continuing university students will commence from January 2021”. The latter part of this statement left me with a myriad of thoughts running across my mind. I have become quizzical of the rationale behind this decision when our daily case count is currently one of the lowest in the world. The President affirms this in his address, stating that “…our daily infection rates are no longer in the hundreds as it were some time back. Presently, they are in the tens averaging 25 new cases per day”. Indeed, this is what boggles my mind when I see tertiary students continue to stay at home while some of their younger siblings in the junior and senior high schools are allowed by the government to be in school. Meanwhile, it could not be proved that these younger students in the junior and senior high schools can adhere to the Covid-19 prevention protocols better than the older students in the tertiary institutions. Has the ripple effect of this executive decision on the socio-economic growth of the country been carefully examined? How will the new academic year that begins in January 2021 adequately cater for the time lost at home? These and many other questions kept flooding my mind as I listened to the president deliver his address.

It is worth noting that there is no universal formula for the easing of restrictions imposed due to Covid-19. Every country eases the restrictions based on best practices as well as the scientific data available to them. However, it still beats my imagination as to why the academic year of tertiary students has been pushed as far as January 2021 when, indeed, our daily case count remains very low. I have also gathered that some public universities had made tentative plans to start the new academic year possibly in November 2020, with many of them submitting their draft academic calendars for consideration by the President. For instance, University of Ghana had adopted a hybrid model of instructional delivery that combines in-class with online learning and was ready to begin the new academic year in November. The same applies to University of Cape Coast and a few others. Besides, some students of the University of Cape Coast, colleges of education, and nursing colleges among others have been in school writing their end of semester examinations for the past one month. However, I am yet to hear of any new confirmed cases among these students in the last couple of weeks. Doesn’t this give a clear and a positive signal that academic work, particularly at the tertiary level can resume with strict adherence to covid-19 protocols? Sadly, it looks like the government thinks otherwise. As a university student, I am much more worried because this decision seems to have far reaching implications on the education of the youths, who account for more than 50% of the labour force of this country. I think, as much as possible, pragmatic steps should be taken at all times to prioritize the education and training of the youth. Anything short of this, I am afraid, translates to a gloomy future for the country.

Obviously, one of the implications of the president’s directives on reopening of tertiary institutions is a possible deferment in the year of completion of these students. Unless the government adopts the option of merging both semesters such that they are ran consecutively between January to July, students might have no other option than to complete their programs at a later date. However, should the latter be adopted, it will mean that students may have little or no days for vacations. Considering the current difficult global financial outlook, students who necessarily must work during vacations to raise funds to support their studies will have either very limited time to do so or miss out completely on that opportunity. This will only go further to worsen the financial standing of these category of students. Certainly, the ailing Student Loan Trust Fund may not be a viable option for them. Students are not oblivious of the seemingly interminable challenges the fund has been faced with considering how it has struggled to disburse payments to beneficiaries over the last two academic years. Hence, it can certainly not be relied upon in this crucial time. Also, I am very worried about the relative psychological pressure it could have on students forced to complete two semesters within a limited time-frame.

Is it not possible for the government to resource the universities with the necessary logistics and protective equipment for use by staff and students in order for them to reopen at an earlier date? Would it not have saved us the trouble of having to modify the next academic year vis-à-vis its related challenges envisaged? For instance, there could be a mechanism in place to test staff and students on a periodic basis to ensure that infection is minimized to the barest minimum. The government can also rely on the rapid test kit developed by students of the Kwame Nkrumah University of Science and Technology which delivers results in less than 20 minutes. In view of this, regular testing of staff and students should not be much of a major setback. I am also of the view that the Covid-19 relief fund could be profitably used to pay for the cost of health and safety measures to be implemented in our tertiary institutions so academic work can go on.

In a related development, quite a large section of the Ghanaian public asserts that the president’s directive could be borne out his desire for tertiary students to participate in the upcoming December elections. According to a recent data found on the UNESCO Institute for Statistics website, the total number of tertiary students in Ghana is estimated at 2,879,063 across tertiary institutions. It is worth noting that these students constitute part of the voting population in Ghana. Significantly, this number is huge enough to determine who wins an election in this country. Apparently, by January 2021, the upcoming presidential and parliamentary elections would have been over and done with. Could this be the reason for the deferment in the reopening of tertiary institutions to January 2021?

Recently, I saw thousands of people gathered at political rallies to meet and listen to the President of the Republic and other presidential candidates who were touring the country to campaign for votes. It is sad to note that the protocols of social distancing and mandatory wearing of nose masks were mostly not adhered to at these political rallies. With this scenario, one could only wonder why schools still remained closed in Ghana meanwhile political rallies are allowed to take place.

In my opinion, decisions taken by political authorities should always be in the best interest of the electorates whom they lead. Also, such decisions should reflect the will of the people. It should be noted that decisions made on education delivery in the country affect not only the educational system. It has a ripple effect on the overall socio-economic development of the nation. Education and training churn out the human resource that manages and contributes to the growth of every nation hence should be considered as one of the greatest priorities of any country that aspire to develop. I, therefore, appeal to His Excellency, Nana Akuffo Addo, to reconsider granting permission to our tertiary institutions to reopen sooner than later.

Written by: Jerry A. Fianyo