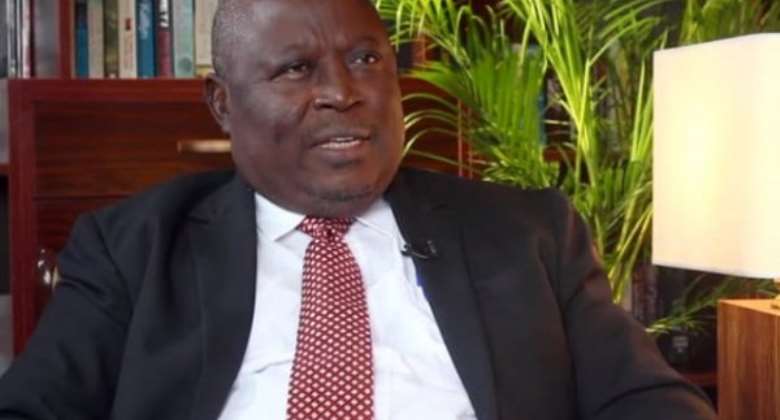 Mr Martin Amidu, the Special Prosecutor, has submitted his report on the Analysis of the Risk of Corruption and Anti-corruption Risk Assessment on the Agyapa Royalties deal to the President.

It report's title is,“The report on the Analysis of the Risk of Corruption and Anti-corruption Risk Assessment of the Processes Leading up to the Request for Approval and Approval of the Transaction Agreements and Tax Exemptions Granted by Parliament thereunder in Relation to the Gold Royalties Monetization Transaction under the Minerals Income Investment Fund Act, 2018 (Act 978) and other related matters thereto”.

Mr Amidu in a statement copied to the press, indicated that the report was completed on October 15, and it was forwarded to Office of the President on October 16, as well as Mr Ken Ofori-Atta, Minister of Finance, as a matter of courtesy before going public.

It would be recalled that on 14th August, 2020, Parliament approved five Agreements and tax exemptions in relation to Gold Royalties

The report said the assessment resulting from the examination, and analysis of all the five Agreements making up the Transactions Documents was that they each suffered from the same lack of probity, transparency, unaccountability, illegality and unconstitutionality.

It said the difficulties and secrecy intended to surround Agyapa Royalty Limited of the United Kingdom by incorporating it under the laws of Jersey was akin to the difficulty the Government of Ghana had faced in trying to execute the Supreme Court Judgment against Waterville Holdings (BVI) Limited in the case of Amidu (No. 1) v Attorney-General, Waterville Holdings (BVI) Ltd & Wovome (No. 1) [2013-2014] 1 SCGLR 112 for a sum of over 47 million Euros with interest from the date of the judgment to date of payment which the President of Ghana promised in his 2016 electoral campaign to retrieve for the public purse which still remains outstanding.

It said any reasonable analysis of the risk of corruption and anti-corruption assessment must take account of Ghana's experience with the Waterville Holdings (BVI) Limited case and the difficulty of executing that judgment debt which the Supreme Court had as late as November 2019 urged the Government to execute based on fresh information and particulars of the Ghanaian ownership of the offshore incorporated company in the safe haven of the British Virgin Islands also of the United Kingdom ordered by the Court and supplied by a supporting affidavit and served on the Attorney-General.

“There is no guarantee that the sovereign minerals income royalties being ceded to Agyapa Royalties Limited without a national consensus and the analysis of the risk of corruption, and anti-corruption assessment environment as hereinbefore analyzed is not and will not be a leaking pipe in the public purse,” it said.

“There is further no guarantee that it will not constitute a wind fall from this leaking public purse pipe for those Ghanaians lucky through partisan affiliations to be represented on its management and who might have had stakes as promoters in establishing and incorporating it in the safe haven of Jersey aforesaid.”

It said the Special Prosecutor's Office accordingly hoped that the foregoing analysis of the risk of corruption, and anti-corruption assessment of the processes leading up to the parliamentary approval of the Transaction Documents would be received in good faith and used to improve current and future legislative and executive actions to make corruption and corruption-related offences very high- risk enterprises in Ghana.