Supporters take in football and F1 in Portugal’s south

By Andy May - RFI
Europe 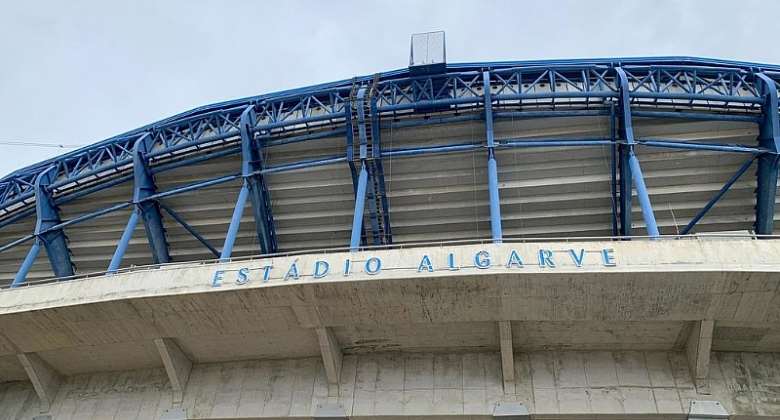 How it used to be. A choice between one sport or another on a Sunday afternoon. To go and watch professional football, or to take in some petrol-fuelled motorsport?

For a limited number of residents and visitors in Portugal's Algarve region, this weekend was as near to a normal one many sports-following Europeans have had since early March.

As Lewis Hamilton was closing in on a record breaking 92nd Formula 1 race victory, top Portuguese league side Sporting Clube Farense kicked off against Rio Ave, in a Primeira Liga fixture at Algarve Stadium.

The moment Hamilton guided his unbeatable Mercedes across the Portimão Circuit finish line, the 35-year-old Briton moved out in front of German great Michael Schumacher for overall grand prix victories.

Witnessing Hamilton's latest history-making were 27,500 spectators spread out across a near-5km circuit that, at a cost of €195million, is South Portugal's premier motorsports venue. Pre-pandemic, 100,000 would have been admitted, and even with less than a week to go before F1's twelfth race of a tumultuous 2020, 46,000 tickets had been sold for the weekend's main event. Following the tightening of Portugal's Covid-19-related regulations, however, it was necessary to further reduce the capacity in Portimão.

Disappointed Formula 1 fans informed their ticket to Portugal's first grand prix since 1996 was no longer valid still had a small window to be amongst Farense's home support. The Lions of Faro sold tickets to their fifth league fixture of 2020/21 right up until Friday evening.

Entry to Estádio Algarve was by way of strict socially distanced queuing and when inside, spectators had to sit three seats apart. Farense plays most of its home matches at Estádio de São Luís, but given its capacity is only 12,000, it was not deemed to be as suitable for what the club described 'a pilot game'. All 700 supporters present at 30,000-seater Algarve Stadium were required to have advance tickets and provide their personal details for 'epidemiological control'.

At the same time Farense fans jeered the referee's decision to rule out a dramatic first minute opener against Rio Ave, F1's faithful cheered as Hamilton familiarly found his way onto a post-race podium. The six-time world champion wore a face covering as he was presented with his Portimão prize, and for all of his media interviews.

“I could only ever have dreamed of being where I am today, I am trying to make the most of it every single day,” said Hamilton.

“I did not have a magic ball when I chose to come to this team and yes, I knew we would win championships. But did I know we would win as many as we have? No. Did I think we would win these many races? Of course not.

“It is a phenomenal time for all of us, as it is not only me living with the history.

“What a time to be alive!”
A short while after Hamilton's 92nd, Farense, after 93 minutes, ended up on the wrong side of a 1-0 loss to a side from Portugal's north, who, earlier in the month, were involved in an epic 24-penalty Europa League shootout with AC Milan.

But being bottom of Liga NOS alongside no sunshine or Estádio Algarve catering provision, did not stop one supporter of the Leões de Faro, Antonio, feeling he had a good end to his weekend.

“[To be] here for my club is important, these are the moments that make me happy.

“It is safe being here, with the space, that we are outside and the wearing of the mask.

“The [Covid-19 infection] numbers are getting bigger, so, I feel soon football will be with no people in the stadiums,” added Antonio, “I must be thankful.”

Fans of Farense would likely concede it is normal they should be defeated by opposition that narrowly missed out on a group stage spot in this season's Europa League. There is certainly nothing unusual, meanwhile, about Hamilton ending a weekend of sport in first.