The Need For A Striking African Unity Is Now 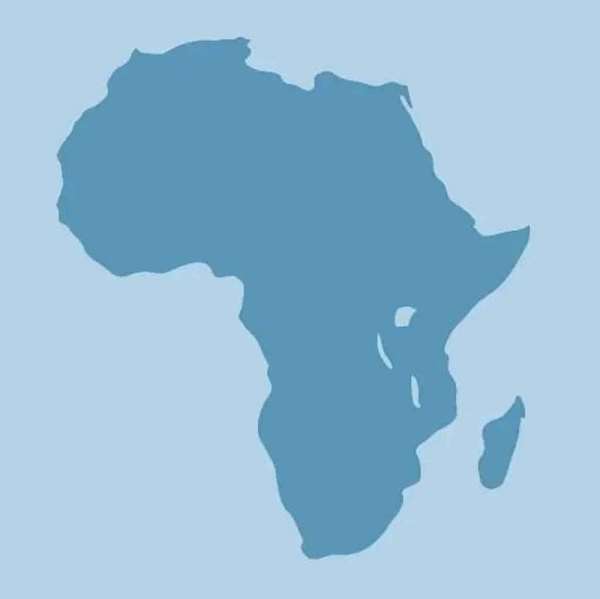 Who are the leaders of Africa and in fact where are they? Isn’t the land of Africa with it indigenes tired from the brouhaha of slavery to the thievery of our resources and colonialism?

We have all gotten the freedom our ancestors fought for, but with their blood looming in our soils, do we believe or think, they are happy with where today’s leaders are driving their beloved generations?

Some African leaders are doing well, some are coming up, socialist and protagonists are all up for the good of Africa. But what are their real motives? Are they after the minerals, timber, oil, iron coffee or tea?

The aforementioned are the adorning physiques of Africa, yet our ability to properly disseminate core duties to indigenes of the land and availing the people with basic amenities is still in the pipeline.

Where is the African unity, the African flag, leaders of Africa and Africa in general who is in charge? We hear of Africa Union with over fifty African leaders who sit comfortably and watch the world’s most envious continent go to waste. What are they doing? What are they working on? What are their resolutions for Africa? We need to hear them speak!

Leaders of African Nations owes its patriots their strong unity and a powerful front in making sure needs are met and ensuring citizens are at peace to finding their countries a safe place to be than moving for greener pastures elsewhere.

Beside ECOWAS passport, which even covers only a part of Africa, the continent will really need some help. Africa need to be united, leaders have to let go of their egos and find solutions to our problems.

With divided motives as leaders, Africa cannot penetrate the central front of the globe but with unity, we can cause the continent to rub shoulders squarely with other continents.

We need prominent people, people who have Africa at heart footballers, musicians, leaders of churches and Imams and all to come together to curb the situation. Individuals with wealthy backgrounds including celebrities should come together for this course to be heard.

We need one bold, confident and strong person to take up the mantle of making this course a good one. If we should have a leader ready to push the African agenda, it will help in the progress of the continent.

Look at what is happening in Nigeria, one top official in government, have been able to distort the world’s peace by instructing people who are supposed to protect us to kill us.

Nigeria! The ammunitions to end boko haram, is so hard to find in your territory, but the audacity to kill your very own, is at an arm’s length. But of what surprise is it?

When we started as a people, even before the coming of colonists, we made our own people slaves. They worked on farms and did our menial jobs, then we used ourselves for human sacrifices without recourse to anything.

Then when we got into contact with the whites, we sold our own people into slavery for gun powder, whiskey, wine, mirrors etc. we have never cared about our own, it has always been about our selfish interest.

From tribalism to ethnicity, to academic heights to wealth and now to politics. What is wrong with us as humans? Fighting for a united front begins with us as individuals living in various countries in Africa. We need to understand brotherhood as a bond to move the nation forward.

Freedom Jacob Caesar is seeking to build a united Africa to bridge it with the rest of the world, through his powerful movement. He is believed to be focused, as he has a continent to build, a nation to save and a culture to revive.

To him, Africa is separated by culture but united by color but the stability of a black mind is unstable by their own ability. Freedom has the vision to change the face of industrialization in West Africa, with his sights set on tackling the Ghanaian national, regional, and intercontinental development challenges hindering lasting change.

You don’t have yourself as a country but you have nations behind you as a continent, we cannot turn around and kill ourselves, we cannot have a reason why there should have some squad that have to kill or have the right to take a human’s life.

Our leaders should not sit tolerating such a national brutalization and accept it among us as we are living. This is the time that we need to show the world that we are the most powerful people on this prominent planet.

Africa stands for survival not death because many have been killed, sold and broken but Africa still stands and we are alive. We have fed the world over four hundred years with our minerals and resources, commodities and human capitalization yet, disallowing us from developing our own continent.

But I believe it’s time, as I see a powerful moment of the youth of this generation that needs to be empowered that will stand for their right, that will make sure that they will erase the memories of brutalities, killings and enslavement, poverty and sicknesses.

We need to put a stop to this, it’s about time that we need to show the world that we are also respected society. The force behind us is stronger than their democratic laws that have been set, yet, doesn’t work very well sometimes with us.

The black man biggest tragedy is becoming the black man, we should turn it around and make it the biggest black man opportunity is the black man. Time before now, there were kings and queens, then we started selling our own, then we moved to our resources and now in 2020 we are killing ourselves

The black man has always fought his way to freedom and resisted oppressors rule. After all these centuries of pain and sorrow, it’s so disheartening this is happening in 2020”.

Whatever it is, that is happening in Nigeria is something that was in the coming, for it is not the first time a thing as such has happened in Africa. It is still happening and yet nothing was done about it by leaders of yesterday and that of today are just sitting on the fence.

I hear people say there are rules in diplomacy and it explains the silence of African leaders, but are those rules not made by man? Even rules made by God we disobey everyday but man made rules must be adhered to even at the loss of lives?

Until our leaders come to understand that, power belongs to the people, we will not stop. We put them to serve us, to implement policies that will make life easier for us and to give us better representation both home and abroad.

But what do we see today? Our leaders have given authorization for us to be killed in broad daylight, so detrimental is it that, we are being killed by our own people; by those who are meant to protect us.

Not strangers nor terrorists or enemies but our very blood, Africans. These leaders do not care the consequences of what they have done because we mean nothing to them. They have so much disregard for human lives such that they can decide to end them at the least chance.

They were never elected to become corrupt, to steal or kill us when we demand accountability from them. We deserve better, and until we are delivered better the youth will continue to fight for what is right. Africa must rise.

If political affiliation is more important than human life and human rights then Africa is hopeless. Indeed, none but ourselves can free our minds, some way, somehow, the black man would go back to his roots of greatness, wealth and loyalty.

Ghanaians suffering due to mismanagement by Akufo-Addo, Bawu...
31 minutes ago