Is the Power of the Commissioner-General of Tax Autonomous? 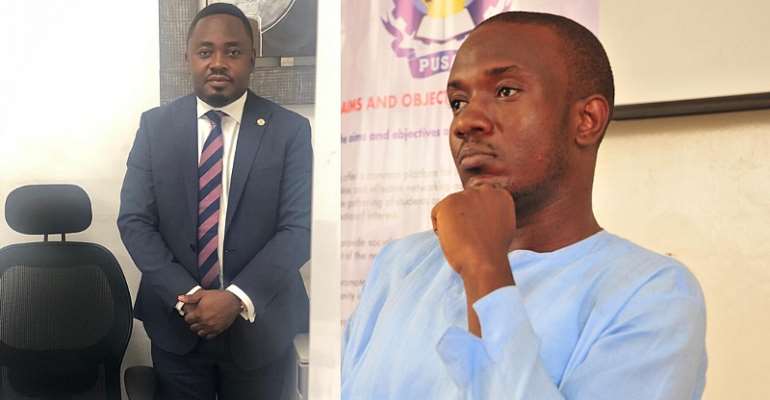 The overarching goal of every revenue agency is the efficient assessment, collection and enforcement of taxes and tax laws. The Ghana Revenue Authority is responsible through the Commissioner-General(CG) for administering and giving effect to tax laws in accordance with the provisions of the Ghana Revenue Authority Act, 2009 (Act 791). As part of the powers delegated to the CG by the Revenue Administration Act, 2016 (Act 915) , herein referred to as “the Act”, include assessment of tax. This is done either by adjusted assessment where the CG discovers that a case of fraud, willful default or serious omission by or on behalf of a taxpayer, in order to correct and impose tax liability, or by the pre-emptive assessment where the CG assesses the liability of tax payable or to become payable by a person under a tax law whether or not the person is required to file a tax return.

Based on these, the contention is that the CG can unfairly exercise his discretion to impose liability on a person who might not be liable and whose assets would be taken charge if he fails to pay those outstanding taxes. Also, the Act says that an appeal to the tax appeals division of the High Court against an objection decision shall not operate as a suspension of the objection decision. For these reasons, the aim of this article is to examine the powers of the Commissioner-General of Tax to ascertain whether or not it is autonomous.

What then are tax assessment, tax decision and objection decision?

According to the Act, an assessment means a determination of the amount of tax liability made under a tax law, whether by the CG or by way of self-assessment. It is also provided under the Act that a tax decision is a decision made by the CG under a tax law including an assessment or omission, but does not include a decision or omission that affects a person only as a tax officer or employee or agent of the Authority, or a decision to compound an offence under a tax law, and others. Lastly, subject to a tax law contrary to the Act, an objection to a decision implies that a person who is dissatisfied with a tax decision which directly affects that person may lodge an objection to the decision with the Commissioner-General within thirty days of being notified of the tax decision.

Powers of the Commissioner-General

Also, under the Act, when a person fails to file a tax return on time, the CG may, using best adjustment and information reasonably available, assess the person. Thus, the CG can look at the projections of similar placed entities and make an assessment. When he makes an assessment, although the taxpayer can disagree, however, it is as a result of the taxpayer's failure to comply with legal requirements or provision to file return.

With regards to pre-emptive assessment, the idea is that giving the circumstances of the taxpayer, there is the very likelihood that the taxpayer will not be in the position to make the payments to the state. So in order to prevent that from happening, the CG assesses the person pre-emptively to ensure that the person makes the necessary payment. The basis of the pre-emptive assessment is by using his fair judgment or information reasonably available to him. Thus, in his bid to generate revenue to the state, the CG is bound to exercise his discretions. But the issue is that this power can be applied whimsically.

Critique of the Powers of the Commissioner-General

The Act says that a person who is dissatisfied with an assessment may lodge an objection to the assessment within thirty days of the service of the notice. This provision is essential for the fact that it tells you how notice for a tax decision is to be served. So if a notice is served on you, you have thirty days to challenge the assessment of the revenue authority. Although a taxpayer may before the expiration of the period, in writing, apply to the CG for an extension of time to file an objection; however, where the CG does not serve the person with notice of the decision within sixty days, the person may, by notice in writing to the CG, elect to treat the CG as having made a decision to disallow the objection. In other words, when you do not hear from the CG, the silence means that the objection has been refused by the CG without showing cause or reason.

More so, when the tax appeals division of the High Court makes a decision and you are dissatisfied with it, you have as of right the option of appealing to the Court of appeal. It must be considered that a court decision in favour of the taxpayer will not compel the CG to payback the outstanding tax including tax in dispute, but it will only be treated as withholding taxes for the taxpayer. Essentially, what this means is that when the court finds in your favour, there is no guarantee that the outstanding tax including dispute tax you paid to the revenue authority will be compensated. But it would be withheld for future tax liabilities even though you do not want to consider embarking on subsequent transaction of import duties.

In all, the general understanding is that once an assessment is made and a notice of the tax decision is served on you, whether valid or invalid, you are liable to pay tax. Essentially, you are found guilty until you otherwise prove your innocence - which is against fair trial. The remedy that lies for a taxpayer is the application for judicial review, where this time the commercial court not the tax court division of the High Court has the jurisdiction to entertain matters of tax appeal. In this instance, there are a number of remedies available under judicial review, which include an injunction to restrain the CG from executing until the court makes a final decision, a certiorari to quash the tax decision or a declaration by the court on the matter brought forth.

In spite of all these, it suffices to say that the powers exercised by the CG requires the exercise of discretion and the powers vested in the CG is also a quasi-judicial power which is basically autonomous.

A research assistant at Center for Data Processing and Geo-Spatial Analysis (CEDPA), and a graduate of GIMPA Law Faculty.

Your insatiable taste to travel in another luxurious jet to ...
41 minutes ago

Ghana’s 3.9% economic recovery is sluggish; Ghanaians must w...
43 minutes ago