Why Are We Still Begging? 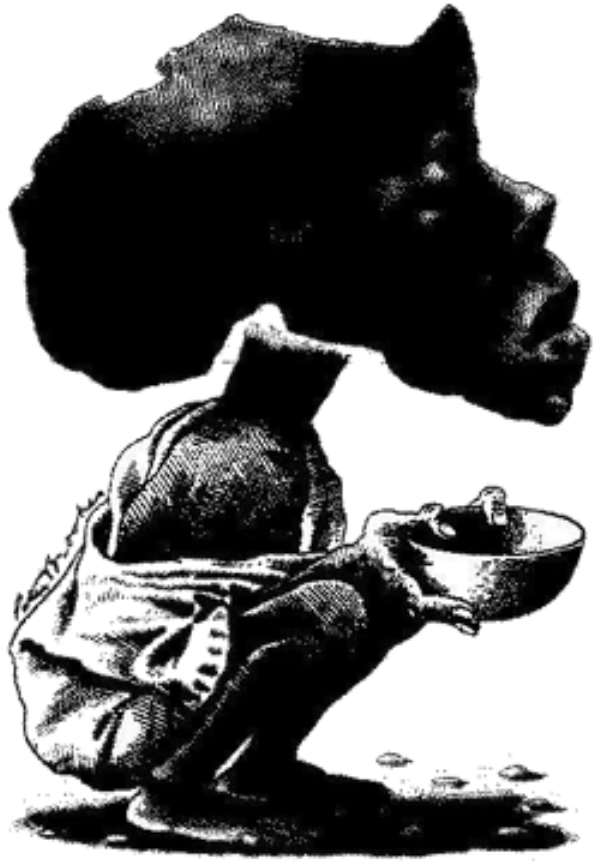 I honestly think that mediocrity holds sway in Africa. People in other climes or jurisdictions take words very seriously, but here they are just mere talks that would not have any impact until the real problems are tackled.

Too much of prosperity preaching without focus on hard work is one of our major problems in Africa. There are too many self-righteous people here who hide behind the umbrella of religion to commit many crimes to get rich, yet proclaim it is God's blessings.

I am not saying that we should appreciate the successes of known criminals either, but, at least we can be a bit more tolerant and less judgemental about the actions and inactions of our family, friends, work colleagues, schoolmates and other people, even strangers. Let those who are awake awaken the dormant in every matter which desperately needs the liberating light of the truth or else the dormant will forever sleep and remain slaves or puppets to those who claim to preach the truth. Religion and politics are tools we are misusing as a people.

Our political and religious systems make it cumbersome for many people to relate well with each other because they belong to different political parties and religious groups, hence are unable to understand themselves in order to have a plan together that is progressive in nature and can potentially move them from poverty.

We are always bantering ourselves ignorantly in the name of partisan discourses. Most of our political and religious leaders coast on the power given to them by their people and amass riches and wealth to the detriment of the electorate and congregation. But as gullible as most of the electorate and congregation are, the cycle of deceit and delusion continue every time.

Poverty has made many of our compatriots weak and vulnerable to lies and deceit. Politicians here hardly keep their promises, yet they get to be re-elected and many of the people continuously suffer ignorance and diseases. Once the politician is re-elected, he is financially empowered to win the next election which makes many of them power-drunk and care very less about the people.

31st night in Africa is a serious business where many church members renew their gullibility and every four or five years the voters do same. It's conspicuous that many of these voters and congregations are unsophisticated brutes who find mediocrity soothing. They can hardly be found in idyllic states because their pastors constantly put fear in them and the politicians make their economic situations worse day in day out. Suprisedly, they extol these same men who use them as their money-making machines.

I know that we live in a human society and cannot be perfect, but how are other people in other climes doing it so much that they almost have a perfect or a working system? What impact does African politics have on our society? We are still considered a third world people after all these years of political struggles on the continent. Corruption is on the rise. Why? Most of the African people are battling to survive and survival is the only thing they think of. Our leaders forget that before they make people obey the law, they must first of all make their lives comfortable by giving them something to hope on.

People work and are paid meagre salaries. There are countless people who are unemployed. There is no enabling environment or any proper structures for these people to even undertake their own projects or businesses. Many of our youth are leaving the continent for greener pastures. Have we realised how much this brain drain is affecting our economy? Why is it that our leaders cannot make things right, so that the youth can stay home and contribute significantly to the growth of Africa?

If we get the right leadership in place, in a decade or less, things will get better here. We need a paradigm shift. We need fresher minds and new talents to get involved in the leadership process.

We must each grow and develop ourselves so that we can all contribute significantly towards the growth of our individual countries. We need to constantly educate ourselves and get abreast with national and international issues around the globe. Government should invest heavily in education, technology, health and many more that will make our countries better or compete with the advanced world.

We can achieve this and even more to change our countries if we see beyond our archaic ideologies, imaginary borders, tribal, religious and political bigotry that have been our bane over the years and meant to keep us apart.

In Africa, some of our leaders cite foreign influence as an excuse to hide their failure and incompetence, yet keep going to them for loans and aids. Cuba, for instance, had many severe sanctions and several assassination attempts on the life of their revolutionary leader, Fidel Castro, yet Cubans are better off today because they train and export doctors among other things for national income.

But unfortunately on our part, some of our leaders and even top public servants loot our money and save it in Europe and USA to build or buy mansions and exotic cars around the world for themselves and families, while leaders in Asia, Europe, America and other climes invest heavily in the education of their citizens like Cuba has always done and is still doing.

But until we all become selfless as a people and nationalistic in nature, nothing will ever change. We will continue to extol mediocrity and be begging around the world for hard currencies, irrespective of our plentiful resources.

The clergy and political elite should come together and genuinely serve the masses, but not keep deceiving them and giving them false hope, telling them to pray to God to bless them, while they can think critically and find something better to do with their lives. Let us the youth not put too much of our hope in our leaders, but also strive to become leaders and change the narrative.