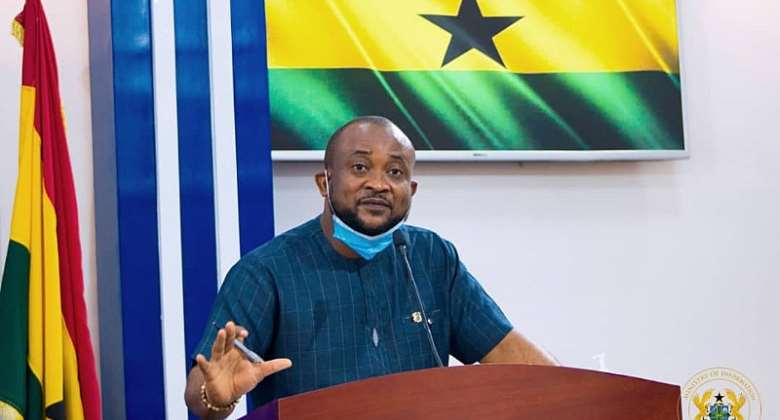 The Deputy Minister for Information Pius Enam Hadzide has revealed that some sixty people have so far been arrested over the Western Togoland attacks.

The government at a press briefing today October 2, 2020, disclosed that out of the sixty, some fifty people have been remanded as investigations into the violent attacks.

Pius Hadzide said the government is doing everything within its power to halt the activities of these group as their actions threaten the stability of the country.

Meanwhile, Vice President Dr Mahamudu Bawumia says the activities of the Western Togoland group is criminal and that government is not willing to go to the negotiation table with them.

He went on to say that their basis for the violent act does not fall in line with the law and they are overstepping their boundaries.

In its most recent act of violence, Members of the Homeland Study Foundation on Tuesday, September 29, 2020, attacked the State Transport Corporation (STC) in the Volta Regional capital, Ho, and set ablaze one of its buses.

UTAG Strike : All 15 branches to continue strike
25 minutes ago