Gov't Not Dealing With Volta Secessionist Groups With Seriousness – Mahama 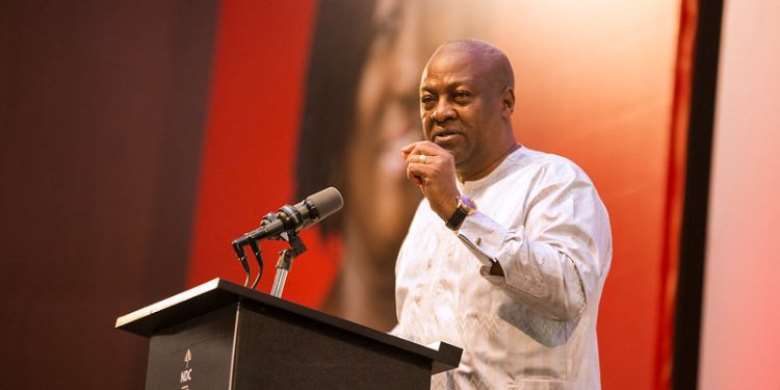 Former President John Dramani Mahama has accused President Akufo-Addo and his government of not showing seriousness in dealing with the secessionist groups in the Volta Region.

“It looks like government is not serious about this issue. The President himself is not serious about it. No senior person has gone to the area since this happened. The Minister of National Security, instead of going to the area was in Kumasi with the President, commissioning a compost plant. What is his business at the commissioning when people are seriously trying to break up the country.”

Touching on how government has handled the issue so far, Mahama said, “They never explained to us why they decided to discontinue the case. This came after reports that people in military uniforms were seen training and they were arrested. They were brought to Accra and interrogated and put before court. All of a sudden, government decides not to prosecute them, releases them back into the system and today when they get older, the President says we are on top of it, and we should not panic. He does not want the country to panic. It is not about panicking, it is about taking the issue seriously. It is as though the government and security agencies have a very lackadaisical attitude towards this issue,” he added.

President Nana Akufo-Addo on Thursday, October 1, 2020 publicly commented on the matter since reports of the groups' violent actions in the Volta Region began this year.

He said the government will adequately deal with secessionist groups making claims for an independent state within the country.

He said he trusts in the ability of the country's security and intelligence agencies to stop such threats and clamp down on activities of the secessionists.

Ghanaians on Friday, September 25, 2020, witnessed reports that the group had blocked some major roads leading into the Volta Region.

They mounted roadblocks on the Juapong–Accra, and Sogakope–Accra main roads.

The roadblocks were subsequently cleared as security agencies took control of the highways and strategic installations within the region.

Homeland Study Group Foundation wants the Volta Region and sections of the northern part of Ghana to be an autonomous country known as Western Togoland.

The group has made a number of attempts to push for the secession of the Volta Region from Ghana for the creation of a Western Togoland state.

The group even declared independence for the Western Togoland in November 2019.

34 of them were arrested and put before court.

Nigel Giasie strikes with another AFCON revelation
54 minutes ago