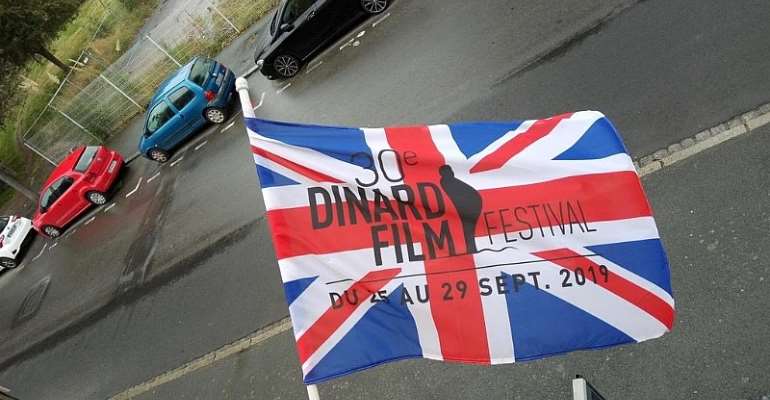 The 31st edition of the Dinard British Film Festival should have opened this week in the north-west of France, but the event has been cancelled because of a sudden spike in local Covid-19 cases. The French government has announced a sizeable financial rescue package to help the cinema industry weather the storm.

The annual British Film Festival was cancelled by the mayor of Dinard, Arnaud Salmon, on 16 September, because of fears related to the spread of Covid-19.

Just prior to the announcement, the Brittany department of Ille-et-Vilaine, of which Dinard is part, was classified as a 'red zone' with 91 cases per 100,000 inhabitants.

The festival had already been modified to meet emergency health guidelines, with online ticketing, mask-wearing and social distancing, and even the cancellation of special guests such as director Stephen Frears who was forced to withdraw due to the quarantine imposed by British authorities last month.

The mayor told local media that cancelling two weeks from the opening cost the organisers around 190,000 euros, but expenditure could have climbed to 500,000 euros if he had waited until the last minute.

There were numerous messages of support for the festival, the only one of its kind which focuses on the distribution of British films in France. This year was to have been the first under new artistic director Dominique Green.

"Its identity and function is to British cinema what the Deauville Festival has been for American cinema over the last 46 years," Vincent Rémy, assistant culture director for the city of Dinard, told RFI.

Unlike the Cannes Film Festival, or the Champs Elysées festival, the Dinard event chose not to move its activities online, deciding to postpone the main round-table sessions to 2021.

The Covid-19 pandemic has pushed all industries, cinema in particular, to reinvent themselves and find creative solutions, much of this involving new technology. However, the financial strain of remaining afloat is cinema-owners' first concern, and that's where the French government has stepped in.

On 23 September, the French Culture Minister, Roselyne Bachelot attended the 75th Congress for the National Federation of French Cinemas and promised a number of initiatives to support the industry.

"The crisis is not over," she warned. "We must now focus on preparing a sustainable and stable recovery."

Within the government's two billion euro rescue package for culture announced earlier this year, 50 million has been set aside to compensate for losses in cinema ticket sales. Another 34 million is to go towards keeping theatres open.

The rescue plan has also earmarked 165 million for the National Cinema Centre, to help the centre's efforts in supporting new projects.

"French cinema must learn to bounce back from this crisis to put in place an ambitious strategy in a very disrupted market," Bachelot said.

"France is the second biggest exporter of films in the world, but we still have potential to develop," she went on, adding that a new structure dedicated to boosting exports would be initiated in 2021.

Vincent Rémy of Dinard's culture office agrees. "The formula for cinema around the world must be renewed. So much has changed in the past few years, even before the health crisis," he says.

"The Covid crisis has accelerated the whole film food chain: from the market, to festivals, distribution, platforms and the timing of new releases.

"And we don't know when the health crisis will end."