Why some people develop severe form of Covid-19 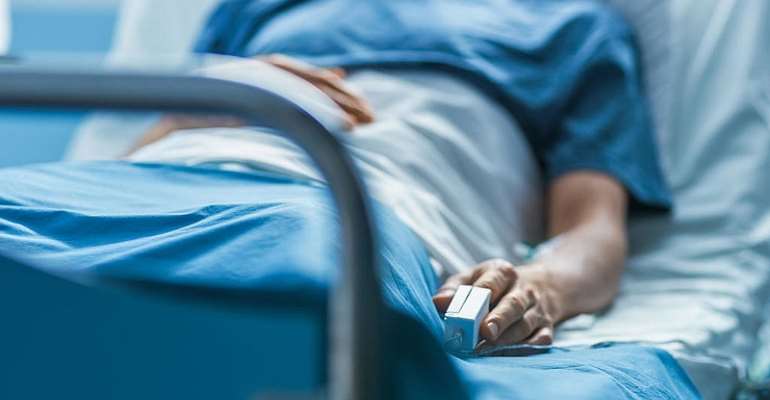 The peculiarity of Covid-19 is the wide variety of symptoms it produces in different people. While a majority of the infected persons exhibit mild or no symptoms, the disease can take a severe form among the rest. This discrepancy has puzzled many.

Now, an international team of scientists has pinpointed a cause that accounts for almost 15 percent of the severely affected people.

Key proteins
In a landmark piece of research, scientists found that patients lacking the production, or the action, of a key protein responsible for cell defence are susceptible to developing severe symptoms.

The protein called type 1 interferon not only attacks viruses but is also responsible for alerting cells to initiate other antiviral defence mechanisms.

However, a lack of production or action of this protein can compromise cells' defences against viruses as was discovered by the scientists.

“We found that 3.5 percent of those severely infected were carrying a mutation in those genes responsible for the functioning of type 1 interferons,” Dr Laurent Abel of the Paris-based Imagine Institute For Genetic Diseases, who co-authored the study, told RFI.

The researchers examined close to 1200 Covid-19 positive patients out of which 660 were critically ill while the rest were asymptomatic or presented few symptoms.

This involved sequencing genomes and analysing genetic variants in all the patients followed by a comparative study between the asymptomatic and the severely affected individuals.

“We focused on a subset of certain genes because they were previously shown to have undergone mutations in other severe viral diseases such as influenza. These 13 genes are responsible for triggering the type1 interferon response," he said.

"After a careful analysis, we found that 23 of the severely affected patients have gene mutations that result in the lack of interferon production or action, which in turn results in the severity of the disease.”

Other Covid-19 contributors
The same group of researchers performed another study which accounts for the severe form of the disease in an additional 10 percent of the patients. These patients too suffer due to the lack of action of type 1 interferons but for a completely different reason.

“As we discovered the role played by the mutation of the genes, we hypothesised that there could be autoantibodies that stop the action of type 1 interferons in some patients,” Dr Abel said.

Autoantibodies are those antibodies that, instead of attacking pathogens, target human proteins. The team found that at least 10 percent of the patients with severe symptoms were carrying auto antibodies.

Genetic origins
And while the exact cause behind production of autoantibodies is still being investigated by the team, Dr Abel said there are indications it could have a partly genetic origin.

“There are some diseases that are associated with the production of auto-antibodies such as type 1 diabetes. A hypothesis is that it could be linked to the X chromosome. It's known that in severe Covid19 cases, the proportion of males is much higher than females. And in our study, we found that 94 percent of the patients with the autoantibodies were males,” he said.

One implication of the discovery concerns the plasma therapy which consists of transfusing plasma containing good antibodies from individuals who have recovered from Covid-19 to people who are ill.

“However, if you transfuse plasma with auto-antibodies, it's not good. The plasma that is being transfused should be tested for auto-antibodies,” Dr Abel said, adding that in France plasmas are taken from those individuals who didn't develop a severe form of the disease.

“In our study, we found that patients with mild or no symptoms had zero autoantibodies,” he added.

Another important implication is that people can take preventive measures to avoid falling severely ill. This would mean doing DNA tests and, if diagnosed with an impaired type 1 interferon production, getting treated for the deficiency at the earliest.