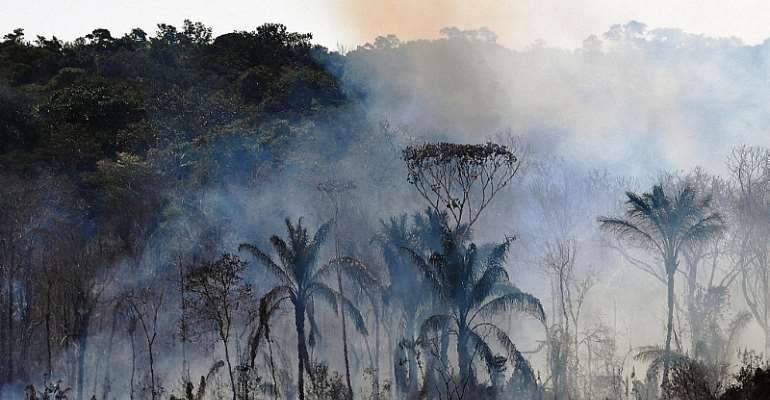 Almost five years on from the Paris climate deal, France and dozens of countries on Monday pledged “broad” and “urgent” action to stop the destruction of the world's biodiversity.

In a 10-point plan that comes ahead of this Wednesday's decisive UN nature summit, 64 world leaders sounded the alarm on a “planetary emergency” brought about by the climate and biodiversity crises.

Renewing efforts to reduce deforestation, driving down plastic waste and pollution, and adopting sustainable economic systems are at the heart of reforms to be implemented over the next decade.

While 2020 was dubbed a “super year for nature”, the Covid-19 pandemic forced all major climate and biodiversity events – in Glasgow, China and Marseille – to be postponed until next year. Only the UN Summit on Biodiversity, which will be held online, has been maintained.

All eyes are now focused on recovery plans, and the amount of money that will be devoted to the environment as countries eke out a post-2020 plan to offset the damage done to nature and to protect human health.

"This acceleration is causing irreversible harm to our life support systems and aggravating poverty and inequalities as well as hunger and malnutrition."

Ahead of the summit, French President Emmanuel Macron told the UN that while the ambitious Paris Agreement had failed to deliver, the world's response to the coronavirus pandemic offered up an environmental silver lining.

“The massive recovery plans adopted in all countries are an historic opportunity to transform our economic and development models,” Macron said, adding that climate and biodiversity “more than ever” must be at the heart of a the collective work carried out by the G7 and G20.

Pandemic linked to biodiversity losses
Experts say biodiversity loss and the coronavirus pandemic are linked because because loss of natural habitat has brought wildlife, livestock and humans into closer contact, facilitating the spread of diseases.

“Human activities have significantly altered three-quarters of the land and two-thirds of the ocean, changing the planet to such an extent as to determine the birth of a new era: the Anthropocene,” the World Wildlife Fund recently warned.

With the connection between biodiversity loss and human health “now established”, Macron said France would host a One Planet Summit in Marseille in January to find a way forward.

The event, held alongside the UN and World Bank, would lay out plans of action on managing land and marine protected areas, agro-ecology, financing biodiversity and the fight against deforestation, as well as the protection of ecosystems and species.

“The oceans, the poles, the tropical forests all belong to the common heritage of humanity.”

Wednesday's nature summit follows on from the UN's latest Global Biodiversity Outlook, which this month found the world had failed to meet every target set a decade ago to protect wildlife and ecosystems.