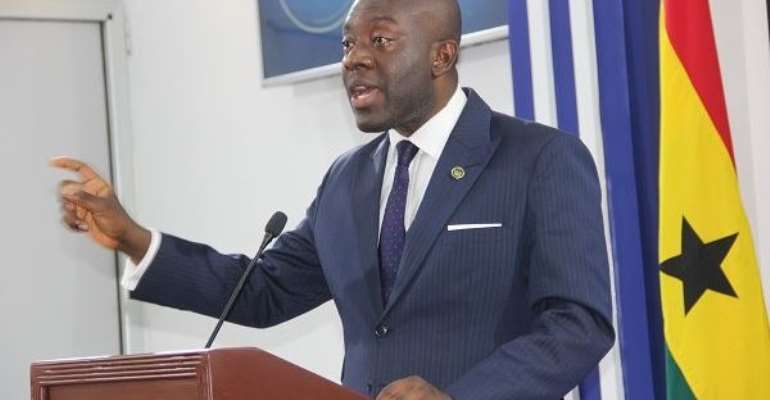 Information Minister, Kojo Oppong Nkrumah has assured that the robust testing regime deployed at the Kotoka International Airport will help curtail the importation of the novel coronavirus even as parts of the world goes through a second wave of virus infection.

Speaking at the Minister’s Press Briefing in Accra on Sunday, September 27, 2020, the Minister and Member of Parliament for Ofoase Ayirebi said government has taken note of the new wave of the virus in some parts of the world and is putting measures in place to prevent a second influx from these affected countries.

“The government of Ghana has taken note of a new wave of Coronavirus infections in some parts of the world. Especially Europe, America and Asia. Countries in parts of Europe have seen a resurgence of Covid-19 cases after many of them successfully slowed the initial outbreak a few months ago. Scientists have also reported that countries like France, the UK, Spain, Poland and the Netherlands are currently dealing with what they call a much-feared second wave and are beginning to take some actions to curb it. Government takes note of the fact that at this time our borders or our air borders are open to flights from some of these countries thereby heightening our risk.

“At this time therefore the government of Ghana is going for strict observation of the in-bound flight protocols that were outlined a few weeks ago when the airports were opened. There will be strict observation but also we will have to continue with the two-bound test or the two-layer test approach that we are currently embarking on to ensure that the risk of what appears to be a second wave of cases in Europe poses to us is clearly mitigated. At the same time, while doing this, we will continue to strictly observe the developments in these countries and these developments will inform whether or not Ghana will consider some travel restrictions from these countries,” he added.

Meanwhile, Ghana in recent weeks has seen a decline in active cases of the virus.

The latest figures released by the Ghana Health Service indicate that Ghana has an active case count of 477 people still with the virus, 46,353 confirmed cases, 45,577 persons who contracted the virus have recovered and have been discharged and 299 deaths.