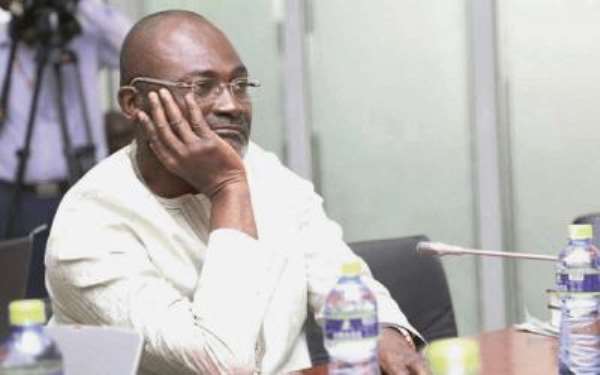 The Member of Parliament for Assin Central Ken Ohene Agyapong who is a subject of contempt of court has suffered from covid-19 complications, the High Court in Accra has been informed.

In court today, where he and his lawyers are expected to open their defence of the charge, he was absent from the sitting.

Lead counsel for the legal team Kwame Gyan told the court that though at the last adjourned date, they together with the court had “mutual agreement…. for continuation of proceedings,” the client is absent.

He said after “we left the court on Friday, our client, Ken Agyapong suffered from complication of post-covid-19 conditions that he suffered last month.”

“We arranged for him to seek medical support and the report from the doctor who treated him and an attached excuse duty report” has been made available to the court.

According to him, his absence was not out of disrespect to the court or wilfully conduct, but due to his ill health.

To buttress his point, Counsel said the court records will reflect that, “since the case started last month after the service of the Court Order of substituted service,” he has “consistently being in court and ahead of time.”

He, therefore, prayed for an adjournment for him to claim bail of health.

The court presided over by Justice Amos Wuntah Wuni, after hearing counsel said the contemnor was not present in court for proceedings to continue.

“Indeed a medical excuse duty and attached form has been attached to a cover letter and medical report under the seal of counsel asking for a 14-day adjournment from, September 26 to October 10, 2020.

The court said, “under the circumstance granted the request and adjourned the case.”

However, the court has summoned the medical doctor of Holy Trinity Medical Centre/Spa and Health to appear before it on October 1, to speak to the medical excuse duty of Ken Agyapong.

The court said “We have to create a good country for ourselves. The way excuse duties reports are written these days, somebody must speak to it.”

We must tackle poverty as national security threat – Parliam...
5 minutes ago